What Are They Doing in Heaven? 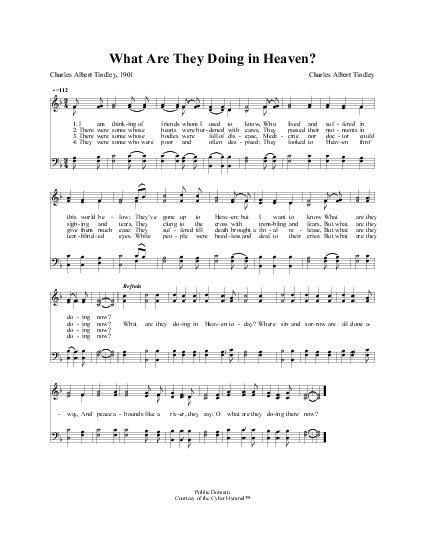 I am thinking of friends whom I used to know

Author: Charles Albert Tindley (1901)
Tune: [I am thinking of friends whom I used to know]
Published in 19 hymnals

1 I am thinking of friends whom I used to know,
Who lived and suffered in this world below;
They've gone up to heaven; but I want to know,
What they are doing now?


2 There were some whose hearts were burdened with cares,
They passed their moments in sighing and tears,
They clung to the cross with trembling and fears,
But what are they doing now? [Refrain]


3 There were some whose bodies were full of disease,
Medicine nor doctor could give them much ease;
They suffered till death brought a final release,
But what are they doing now? [Refrain]


4 There were some who were poor and often despised;
They looked to heaven through tear-blinded eyes,
While people were heedless and deaf to their cries,
But what are they doing now? [Refrain]

[I am thinking of friends whom I used to know]

All tunes published with 'What Are They Doing in Heaven?'^ top 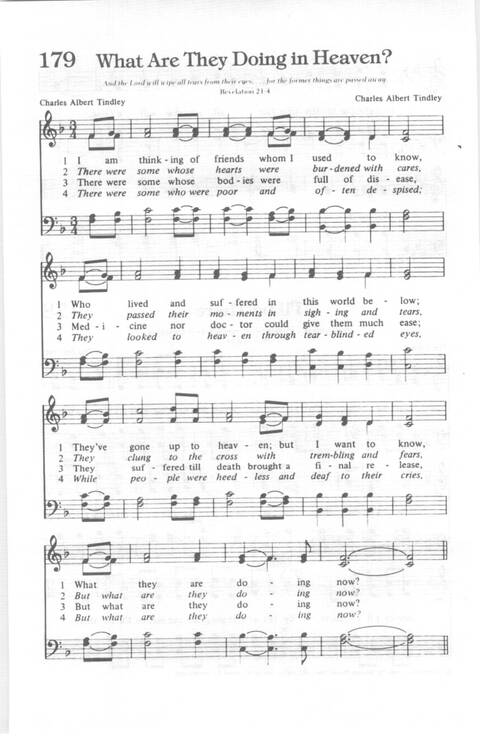 Display Title: What Are They Doing In Heaven? First Line: I am thinking of friends whom I used to know Author: Charles Albert Tindley
The Cyber Hymnal #10513