In the good old fashion way 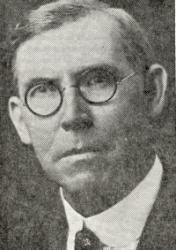 Robert Emmett Winsett (January 15, 1876 — June 26, 1952 (aged 76) was an American composer and publisher of Gospel music. Winsett was born in Bledsoe County, Tennessee, and graduated from the Bowman Normal School of Music in 1899. He founded his own publishing company in 1903, and his first publication, Winsett's Favorite Songs, quickly became popular among the Baptist and Pentecostal churches of the American South. Pentecostal Power followed in 1907; that year Winsett completed postgraduate work at a conservatory. He married Birdie Harris in 1908, and had three sons and two daughters with her. He settled in Fort Smith, Arkansas, continuing to compose gospel songs, of which he would write over 1,000 in total. He became a minister… Go to person page >
^ top

All tunes published with 'In the good old fashion way'^ top