In God the Father I believe, Who Heaven and Earth did frame 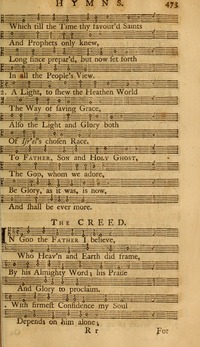 In God the Father I believe, Who Heaven and Earth did frame

12 In God the Father I believe,
Who heav'n and earth did frame,
By his almighty word; his [raise
And glory to proclaim.


13 With firmest confidence my soul
Depends on him alone;
For he my God and FatherR is,
Through Jesus Christ his Son,


14 His holy Providence upholds,
And rules supreme o'er all;
I therefore will rejoice in him,
Whatever doth befall.


15 I do believe in Jesus Christ,
His only Son, our Lord,
Begotten from eternity,
The everlasting word.


16 Who was conceived by the pow'r
Of God the Holy Ghost;
And of the virgin Nary born,
To save that which was lost.


17 He under Pilate's tyranny,
To shame and death was doom'd;
Was crucifi'd; to prove his death,
He also was entomb'd.


18 The wrath of an offended God
On him, our surety, fell;
In soul distress, he, as it were,
Descended into hell.


19 He rose the third day from the grave,
A mighty conqueror,
O'er sin, death, hell, and all his foes,
And lives for evermore.


20 He into heav'n, most gloriously,
In triumph, did ascend;
To plead our cause; his church to bless,
He sits at God's right hand.


21 From whence he shall appear again,
In splendid majesty,
To judge the world in righteousness,
His saints to glorify.


22 I in the Holy Ghost believe,
A person real, and one
In essence, pow'r, eternity,
With Father and with Son.


23 An holy cath'lic church I own,
The heirs of heav'n design'd;
By union one to Christ their head,
And one another join'd.


24 Redemption, through the blood of Christ,
I heartily embrace;
Ev'n the forgiveness of my sins,
The gift of sov'reign grace.


25 The resurrection of the dead,
Sincerely I maintain;
My soul and body glorifi'd,
With Christ shall live and reign.


26 The hopes of everlasting life,
My fainting soul sustain;
Let God for ever be ador'd,
let all men say, Amen!


27 To Father, Son and Holy Ghost
The God whom we adore,
Be glory, as it was, is now,
And shall be evermore.

Source: The Psalms of David: with hymns and spiritual songs: also, the catechism, confession of faith, and liturgy of the Reformed Church in the Netherlands #H7.III

All tunes published with 'In God the Father I believe, Who Heaven and Earth did frame'^ top 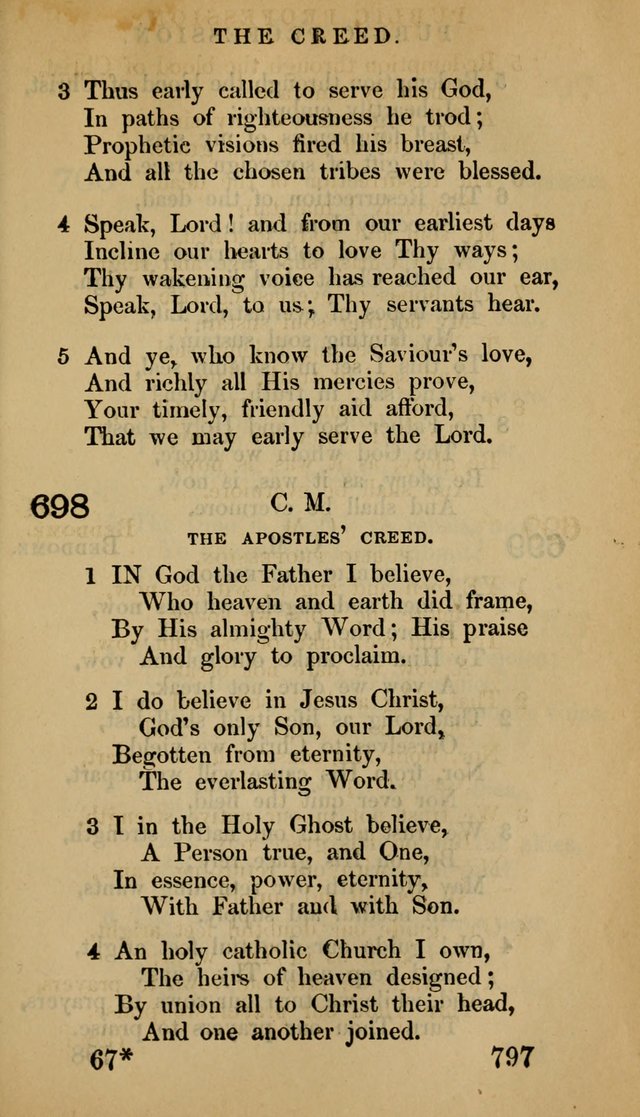 View Page
The Psalms and Hymns, with the Doctrinal Standards and Liturgy of the Reformed Protestant Dutch Church in North America (1860), p.805
^ top

The Psalms and Hymns, with the Catechism, Confession of Faith, and Liturgy, of the Reformed Dutch Church in North America #138

The Psalms and Hymns, with the Doctrinal Standards and Liturgy of the Reformed Protestant Dutch Church in North America #H698

The Psalms of David #H7.III