In token that thou shalt not fear 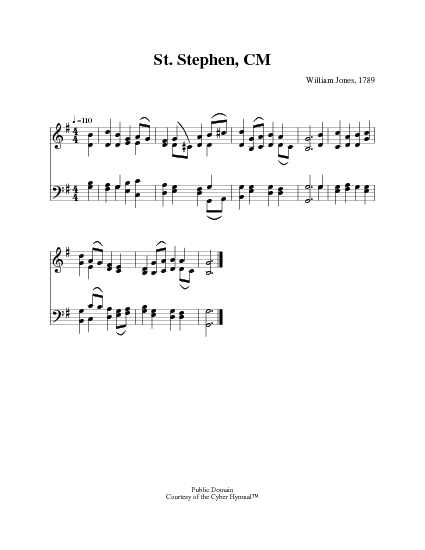 In token that thou shalt not fear

1 In token that thou shalt not fear
Christ crucified to own,
We print the cross upon thee here,
And stamp thee His alone.


2 In token that thou shalt not blush
To glory in His Name,
We blazon here upon thy front
His glory and His shame.


3 In token that thou shalt not flinch
Christ's quarrel to maintain,
But 'neath His banner manfully
Firm at thy post remain.


4 In token that thou too shalt tread
The path He travell'd by,
Endure the cross, despise the shame,
And sit thee down on high;


5 Thus outwardly and visibly
We seal thee for His own:
And may the brow that wears His cross
Hereafter share His crown.

In token that thou shalt not fear. H. Alford. [Holy Baptism.] In Mrs. Alford's Life of Dean Alford the origin of this hymn is thus stated:—

"Some lines on ‘The Sign of the Cross in Baptism’(suggested by Hooker's Eccl. Polity, Bk. v., sec. 05) were written at this time. They were sung four years afterwards in Wymeswold Church as a hymn when his first child was christened, and since their publication they have come to be used not unfrequently on the occasion of a Baptism." Life, ii. p. 78.

The passage from Hooker here referred to by Mrs. Alford is:—

Seeing therefore that to fear shame which doth worthily follow sin, and to bear undeserved reproach constantly, is the general duty of all men professing Christianity; seeing also that our weakness while we are in this present world doth need towards spiritual duties the help even of corporal furtherances, and that by reason of natural intercourse between the highest and the lowest powers of man's mind in all actions, his fancy or imagination carrying in it that special note of remembrance, than which there is nothing more forcible where either too weak, or too strong a conceit of infamy and disgrace might do great harm, standeth always ready to put forth a kind of necessary helping hand; we are in that respect to acknowledge the good and profitable use of this ceremony, and not to think it superfluous that Christ hath His mark applied upon that part where bashfulness appeareth, in token that they which are Christians should be at no time ashamed of His ignominy."

The hymn was written at Heale, during Alford's stay from June 5 to July 17, 1832, with his uncle, Mrs. Alford's father, and was first printed in the British Magazine, Dec. 1832. In 1833 it was repeated in Alford's anonymous Poems & Poetical Fragments, and subsequently in most of his poetical works and collections of hymns, including his Year of Praise, 1807. In the numerous collections in which it is found, both in Great Britain and America, it is usually given in a correct form. It is sometimes found "In token that we should not fear." It is given in a greater number of hymn-books than any other hymn for Holy Baptism, and in popularity it ranks amongst the Dean's hymns as second only to his "Come, ye thankful people, come." 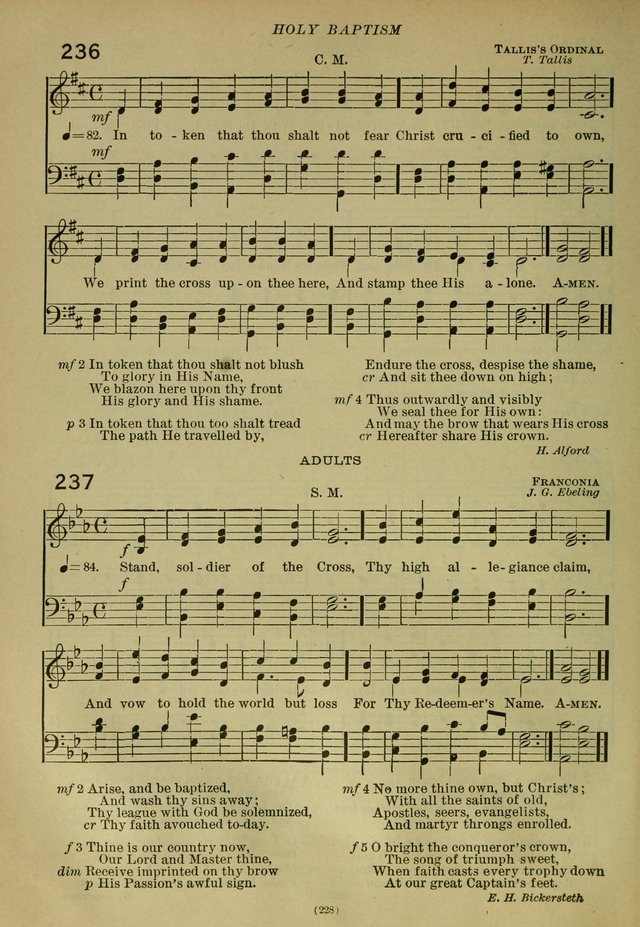 View Page
The Church Hymnal: containing hymns approved and set forth by the general conventions of 1892 and 1916; together with hymns for the use of guilds and brotherhoods, and for special occasions (Rev. ed) (1920), p.229
^ top