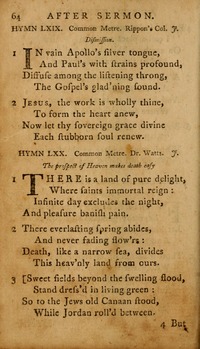 1 In vain Apollo's silver tongue,
And Paul's with strains profound,
Diffuse among the listening throng,
The Gospel's glad'ning sound.


Source: A Selection of Psalms and Hymns: done under the appointment of the Philadelphian Association #LXIX

In vain Apollos' silver tongue. B. Beddome. [Before Sermon.] Appeared anonymously in Rippon's Baptist Selection, 1787, No. 360, in 2 stanzas of 4 lines In Beddome's (posthumous) Hymns, 1817, No. 588, there is a hymn in 3 stanzas of 4 lines beginning "In vain does Paul's persuasive tongue." The former hymn is either the latter rewritten from 3 stanzas to 2, or the latter is the former expanded. As Beddome supplied Rippon with many of his hymns in manuscript, probably the 1817 text is the original. 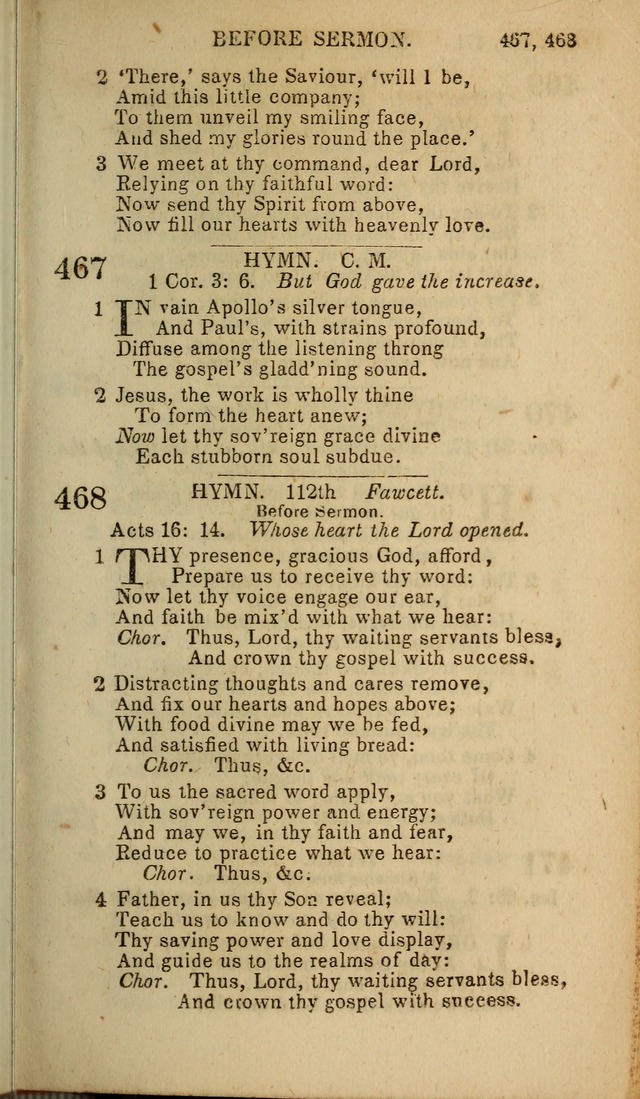 A Baptist Hymn Book, Designed Especially for the Regular Baptist Church and All Lovers of Truth #d370

A New Selection of Hymns; designed for the use of conference meetings, private circles, and congregations, as a supplement to Dr. Watts' Psalms and Hymns #401

A Selection of Hymns and Spiritual Songs #H.CCXLII

A Selection of Hymns and Spiritual Songs #H.CCXLII

A Selection of Hymns from the Best Authors, intended to be an Appendix to Dr. Watts' Psalms & Hymns. 2nd Baltimore ed. #aCCCLX

A Selection of Hymns from the Best Authors. #360

A Selection of Hymns #CCCLX

A Selection of Psalms and Hymns #69

A Selection of Psalms and Hymns #LXIX

A Selection of Psalms and Hymns #69