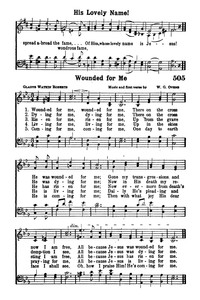 Jesus! O what a lovely name

Alfred P. Gibbs was born in Birmingham, England in 1890 and was raised in Johannesburg, South Africa. He was led to a saving knowledge of Christ by his twin brother, Edwin. During World War I, Gibbs served as military chaplain, preaching to soldiers in training camps. In 1919 he set off for Moody Bible School in Chicago, Illinois. There he soon became involved in an assembly operated Rescue Mission. Gibbs worked alongside Harold Harper, T.B. Gilbert, James G. Humphrey, and other men destined to become well known in assembly circles of ministry. Gibbs became close friends with George Landis, who at that time pastored a small denominational church. Alfred P. Gibbs never married. Like J. N. Darby, he lived out of a suit-case. Most of his wr… Go to person page >
^ top

[Jesus! O what a lovely name]

All tunes published with 'His Lovely Name!'^ top 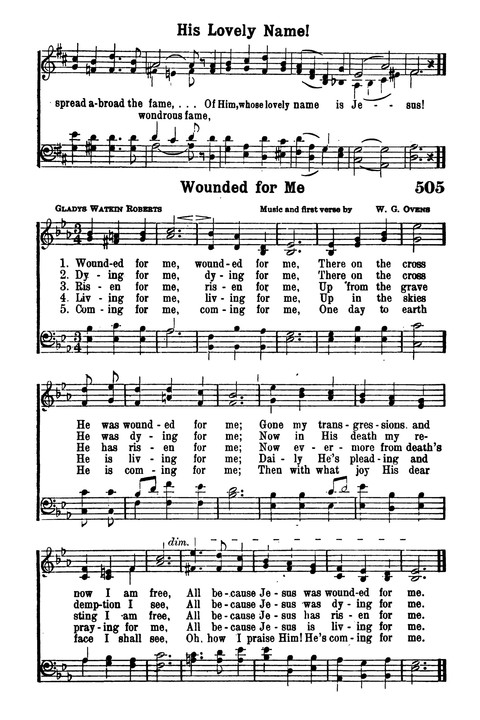 Choice Hymns of the Faith #504