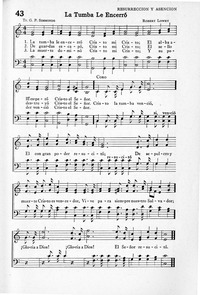 At four years, George sang hymns with great devotion and enthusiasm. When he was ten he felt called to be a missionary. He retained his love for the Lord and for music throughout his life. So much so, that after the age of one hundred years old even sang solos in large meetings and on television. He began his work as a missionary, along with his wife, Nessie, in Ecuador. Then explored the Amazon area and across the continent. Collaborated in the compilation of "Hymns of the Christian Life." He also worked with the Bible Societies in several South American countries. He then served as pastor of a Hispanic church in the United States of America. He was a prolific translator of 800 hymns and choral songs. He used some pseudonyms as G. Paul S.… Go to person page >

The gospel tune CHRIST AROSE captures well the drama of Christ's resurrection with the ascending ("rocket") figures in the refrain. Undoubtedly, the refrain line has greatly enhanced this hymn's popularity. Sing in harmony with crisp rhythms and marcato accompaniment on the refrain. After the final… 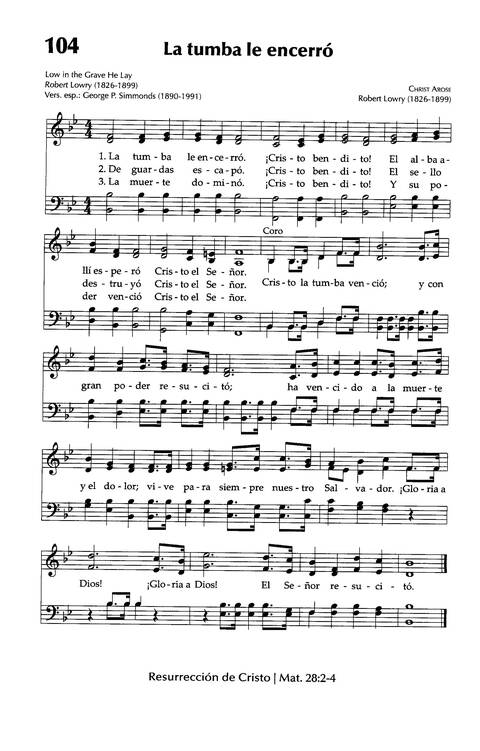