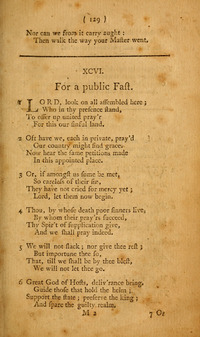 Lord, look on all assembled here

1 Lord, look on all assembled here;
Who in thy presence stand,
To offer up united pray'r,
For this our sinful land.


2 Oft have we, each in prviate pray'd,
Our country might find grace,
Now hear the same petitions mae,
In this appointed place.


3 Or, if amongst us some be met,
So careless of their sin,
They have not cried for mercy yet,
Lord, let them now begin.


4 Thou, by whose death poor sinners live
By whom their pray'rs succeed,
Thy spir't of supplication give,
And we shall pray indeed.


5 Whatever be our destin'd case,
Accept us in thy Son;
Give us his gospel, and his grace:
And then thy will be done.

Source: A Selection of Psalms and Hymns: done under the appointment of the Philadelphian Association #CCXVI

Lord, look on all assembled here. J. Hart . [Public Fast.] Published in his Hymns Composed on Various Subjects, &c, 1759, No. 96, in 8 stanzas of 4 lines, and headed, "For a Public Fast." Two arrangements from the text are in the hymnbooks. The first appeared in the first edition of Cotterill's Selection, 1810, in 6 stanzas. This was reduced to 4 stanzas in Bickersteth's Christian Psalmody, 1833, and was repeated in this form in later collections of the Church of England. The second arrangement is in the Nonconformists' hymnals. It was given in the Leeds Hymn Book, 1853, the New Congregational Hymn Book, 1859, &c. 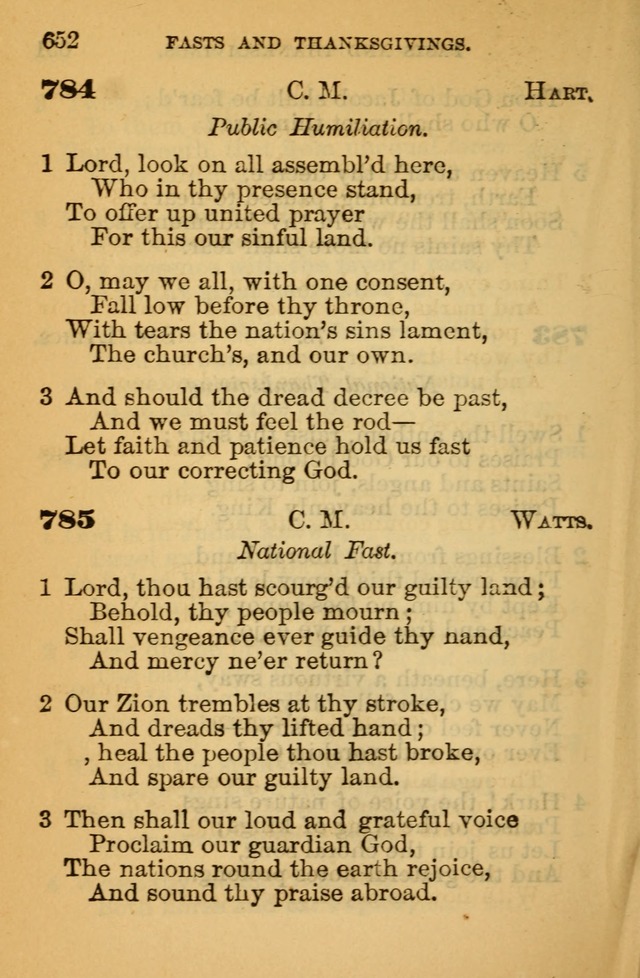 A Choice Selection of Psalms, Hymns and Spiritual Songs for the use of Christians #683

A Collection of Hymns & Spiritual Songs, for Public and Family Worship #d82

A Collection of Hymns, for the use of the United Brethren in Christ #943

A Collection of Hymns, for the use of the Wesleyan Methodist Connection of America. #736

Display Title: Public Humiliation First Line: Lord, look on all assembled here Meter: C. M. Date: 1846 Subject: Miscellaneous |
A Collection of Hymns, for the use of the Wesleyan Methodist Connection of America. #736

A Selection of Psalms and Hymns for the Use of the Diocese of Nova Scotia. 3rd ed. #d206

A Selection of Psalms and Hymns #CCXVI

A Selection of Psalms and Hymns #216

Songs of Devotion for Christian Assocations #32

The Devotional Hymn and Tune Book #440

The Hymn Book of the African Methodist Episcopal Church #784