Lord of the living harvest 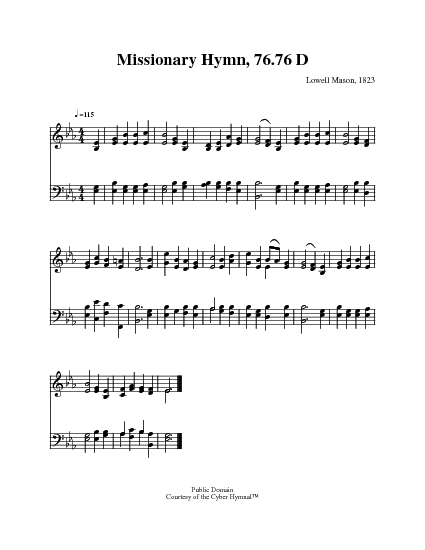 Lord of the living harvest

1 Lord of the living harvest
That ripens o'er the plain,
Where angels soon will gather
Their sheaves of golden grain,
Accept our hands to labor,
Our hearts to trust and love,
And be with us to hasten
Your kingdom from above.


2 As lab'rers in your vineyard,
Lord, give us work to do,
Content to bear the burden
Of weary days for you,
To ask no other wages
When you will call us home
Than to have shared the labor
That makes your kingdom come. 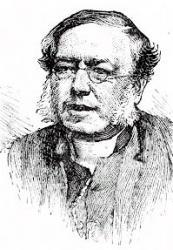 John Samuel Bewley Monsell (b. St. Colomb's, Londonderry, Ireland, 1811; d. Guilford, Surrey, England, 1875) was educated at Trinity College in Dublin and served as a chaplain and rector of several churches in Ireland after his ordination in 1835. Transferred to England in 1853, he became rector of Egham in Surrey and was rector of St. Nicholas Church in Guilford from 1870 until his death (caused by a construction accident at his church). A prolific poet, Monsell published his verse in eleven volumes. His three hundred hymns, many celebrating the seasons of the church year, were issued in collections such as Hymns and Miscellaneous Poems (1837), Spiritual Songs (1857), Hymns of Love and Praise (1863), and The Parish Hymnal (1873). Bert P… Go to person page >
^ top

Lord of the living harvest. J. S. B. Monsell . [Ordination, and Church Guilds.] This hymn appears in the hymnbooks, first as a hymn for Ember Day and Ordinations; and second, for Church Guilds and Associations.
1. It originally appeared in Dr. Monsell's Hymns of Love and Praise, 2nd edition, 1866, in 4 stanzas of 8 lines, for Ember Days and Ordinations. This was repeated in his Parish Hymnal, 1813, and the people's edition of his Spiritual Songs, 1875, the last being the authorized text. From this text Thring's Collection, 1882, differs somewhat, and especially in stanza iii. In Monsell the hymn is a prayer for the Ordained, in Thring the prayer is supposed to be offered by the Ordained themselves. For use at Ordinations Dr. Monsell's authorized form is the better of the two.
2. In the Society for Promoting Church Knowledge Church Hymns, 1871, the hymn is given in an altered form for Church Guilds and Associations. With two slight changes in the text, and the omission of stanza iii., this was given in W. F. Stevenson's Hymns for the Church and Home, 1873, with a note in which he says that his text was "printed from manuscript in the form finally adopted by the author."
The authorized text of this hymn therefore is (1) for Ordination—that in Dr. Monsell's Parish Hymnal, and (2) for Church Guilds and Associations, that in Dr. Stevenson's Hymns.

All tunes published with 'Lord of the living harvest'^ top Hymns of the Christian Life #440