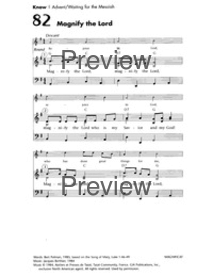 This delightful canon comes from the Taizé Community, an ecumenical, monastic retreat center in France (see also 217, 312, and 639). Like many of the first Taize songs, "Magnify the Lord" was originally in Latin ("Magnificat Anima Mea"). It was published in France by the Taizé Community in 1978 and two years later in North America in the first volume of Music from Taizé. The original Latin text consisted entirely of repetitions of the opening phrase of the Song of Mary. In 1985 Bert Polman (PHH 37) prepared an English version of the text to which he added several other phrases from the opening verses of Mary's Song (Luke 1 :46-47, 49). This English version was first published in the 1987 Psalter Hymnal.

The text is one of three in the Psalter Hymnal taken from Mary's Song as recorded in Luke's gospel (see PHH 212 and 478 for further commentary on this profound biblical passage). The segment of the Song of Mary in this canon becomes for us a hymn of praise to Christ, an ascription of glory to the "Lord who is my Savior and my God!"

Liturgical Use:
As a song (canon) of jubilant praise to God on various occasions of worship; during the Christmas season; traditionally as the New Testament canticle for vesper services.

All tunes published with 'Magnify the Lord'^ top 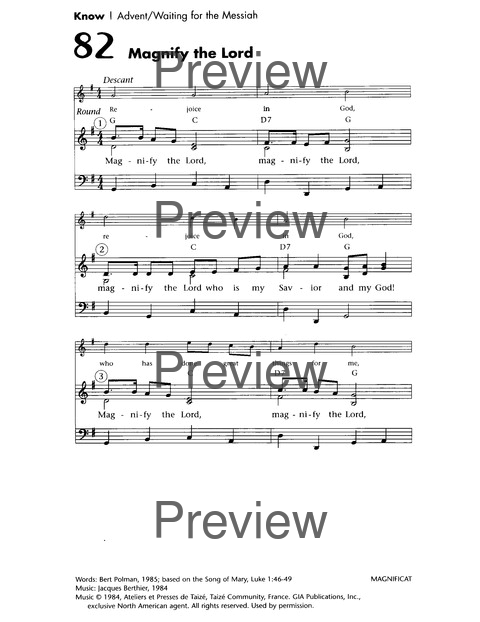