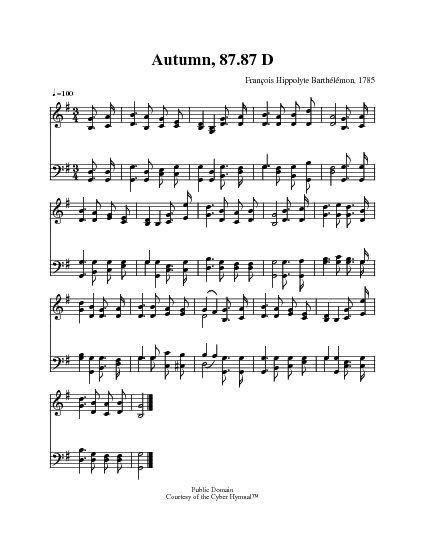 Robert Robinson was born at Swaffham, Norfolk, in 1735. In 1749, he was apprenticed to a hairdresser, in Crutched Friars, London. Hearing a discourse preached by Whitefield on "The Wrath to Come," in 1752, he was deeply impressed, and after a period of much disquietude, he gave himself to a religious life. His own peculiar account of this change of life is as follows:--"Robertus Michaelis Marineque Robinson filius. Natus Swaffhami, comitatu Norfolciae, Saturni die Sept. 27, 1735. Renatus Sabbati die, Maii 24, 1752, per predicationem potentem Georgii Whitefield. Et gustatis doloribus renovationis duos annos mensesque septem, absolutionem plenam gratuitamque, per sanguinem pretiosum i secula seculorum. Amen." He soon after began to pr… Go to person page >
^ top

Mighty God, while angels bless Thee . R. Robinson. [Glory of God. Christmas.] Miller, in his Singers and Songs of the Church, 1869, p. 267, says that Robinson in his manuscript Catalogue thus refers to this hymn as "A Christmas Hymn, set to music by Dr. Randall, and, with the notes, engraven on a copperplate half-sheet." The date added by Miller is 1774. The hymn is in J. Middleton's Hymns, 1793, No. 137, in 9 stanzas of 4 lines, with the refrain "Hallelujah, H. H. Amen," and the signature "Robinson." This text differs slightly from that given by Burrage in his Baptist Hymn Writers, &c, 1888, pp. 73, 74, which he regards as the original. (See also the Universalist Hymn Book, Boston, U. S. A., 1792.) Dr. Belcher (p. 133, i.) says the hymn was written by Robinson for Benjamin Williams, sometime deacon of the Baptist Church, Reading, England, when the latter was a boy, and asserts that he had the information from Williams himself. The hymn is widely used, as is also the cento therefrom from "Lord of every land and nation." (See Sturgeon's Our Own Hymn Book, 1866, for full text.) 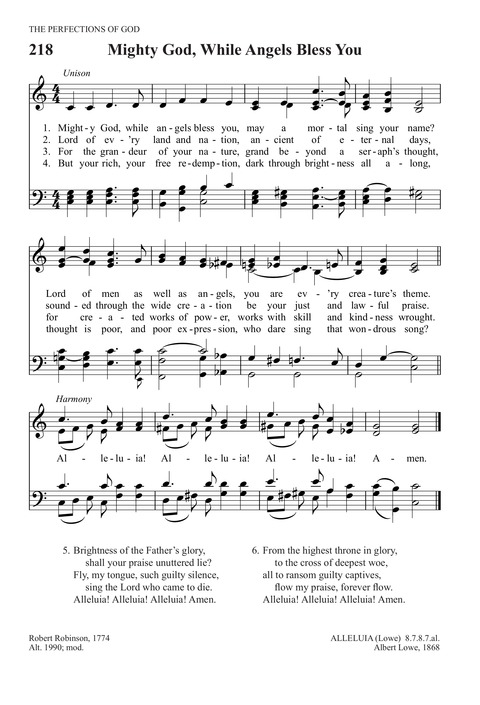