Mother of Christ, hear thou thy people's cry 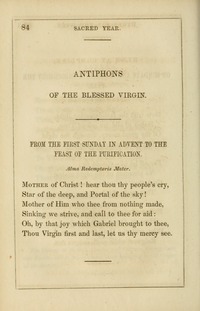 Mother of Christ, hear thou thy people's cry

Alma Redemptoris Mater quae pervia coeli. [Blessed Virgin Mary.] One of four Antiphons to the B. V. M. used at the termination of the Offices, the remaining three being the Ave Regina, the Regina coeli, and the Salve Regina. It is ascribed to Hermannus Contractus, who died 1054.

How well this Antiphon was known in England in the Middle Ages we may judge from the use which Chaucer made of it in his Prioress's Tale, where the whole story is associated therewith. The Poet then explains the way in which the child mastered the Antiphon, together with the music to which it was set; and describes his singing it in the public streets, his murder by the Jews for so doing, and the subsequent results.

Translation in common use:—
Mother of Christ, hear thou thy people's cry. By E. Caswall, first published in his Lyra Catholica, 1849, p. 38, and in his Hymns & Poems, 1873, p. 22. Its use is confined to the Roman Catholic collections for schools and missions. 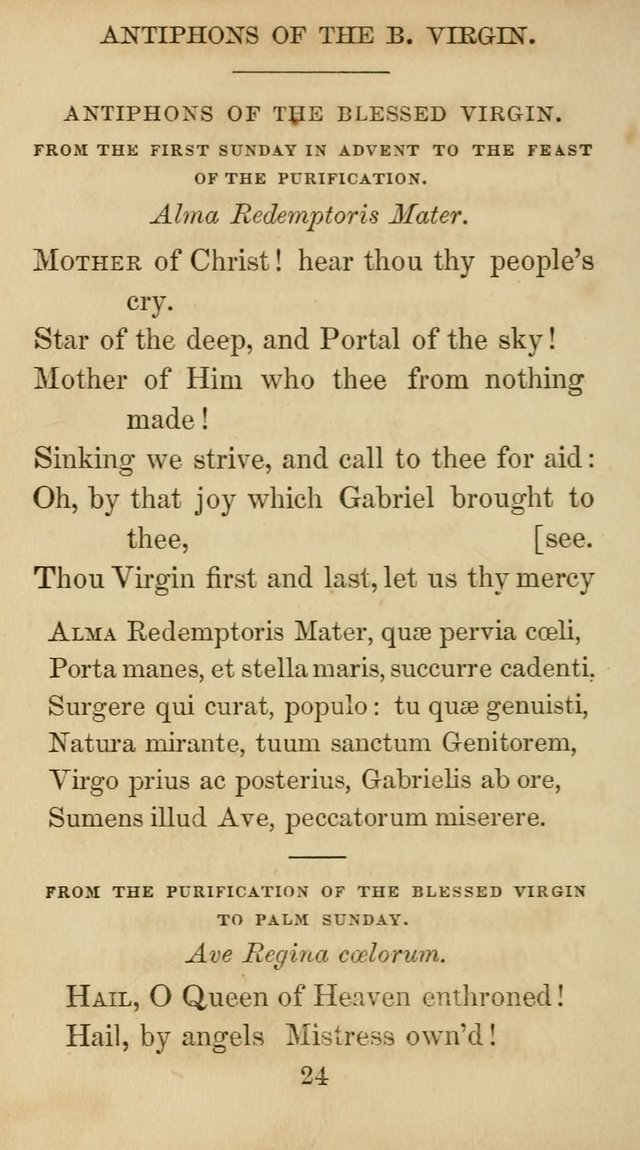 View Page
The Catholic Hymn Book: a collection of hymns, anthems, etc. for all holydays of obligation and devotion throughout the year (1851), p.24
^ top

The Catholic Hymn Book #24a