Faith in Christ Our Sacrifice 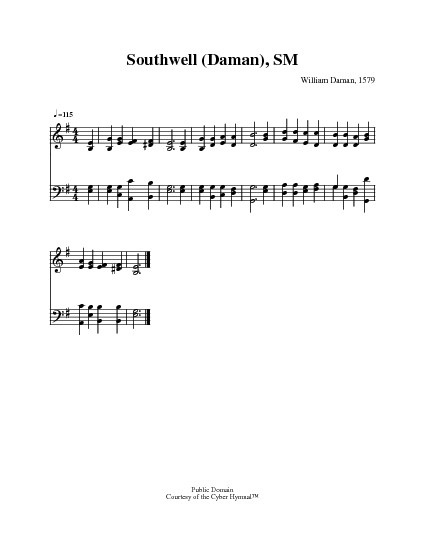 Not all the blood of beasts

1 Not all the blood of beasts
on Jewish altars slain,
could give the guilty conscience peace,
or wash away the stain.


2 But Christ, the heav'nly Lamb,
takes all our sins away,
a sacrifice of nobler name
and richer blood than they.


3 My faith would lay her hand
on that dear head of thine,
while like a penitent I stand,
and there confess my sin.


4 My soul looks back to see
the burdens thou didst bear,
when hanging on the cursed tree,
and knows her guilt was there.


5 Believing, we rejoice
to see the curse remove;
we bless the Lamb with cheerful voice,
and sing his bleeding love.

Not all the blood of beasts. I. Watts. [Christ the Heavenly Sacrifice.] First published in his Hymns and Spiritual Songs, enlarged edition, 1709, Bk. ii., No. 142, in 5 stanzas of 4 lines, and headed "Faith in Christ our Sacrifice." It was brought into use in the Church of Eng-land through. M. Madan's Psalms & Hymns, 1760; and A. M. Toplady's Psalms & Hymns, 1776. In these collections alterations were introduced which, with additions from other sources, have been handed down to modern hymn-books. These changes in the text are the outcome of religious convictions and controversy. The most striking instance of this fact is given in the Wesleyan Hymn Book new edition, 1875.
In some American collections the hymn begins, "No blood of bird or beast;" but its use in this form is limited. With one or more of the above alterations in the text, it is in extensive use in all English-speaking countries. It has also been translated into several languages. The Latin translation by R. Bingham in his Hymnologia Christiana Latina, 1871, is "Omnis sanguis bestiarum."

All tunes published with 'Faith in Christ Our Sacrifice'^ top 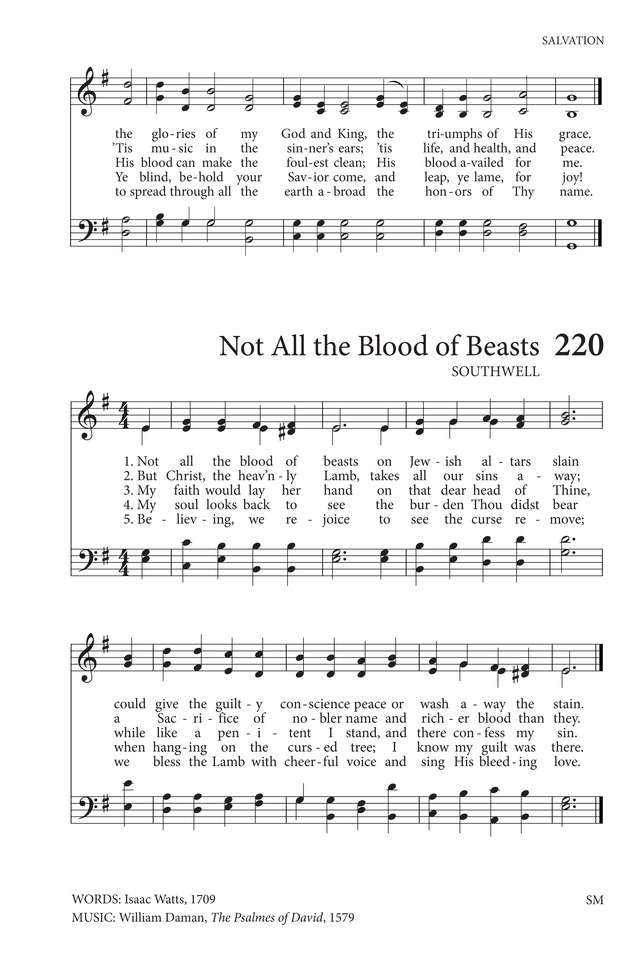 The Song Book of the Salvation Army #120

Display Title: What Offering Shall We Give? First Line: What offering shall we give or what atonement bring Author: Isaac Watts Scripture: John 1:29; Leviticus 1:4; Psalm 116:12 Date: 1990 Subject: Conscience | Source: Hymns for Today's Church, 1982, rev.
The Worshiping Church #490