O come and mourn with me awhile 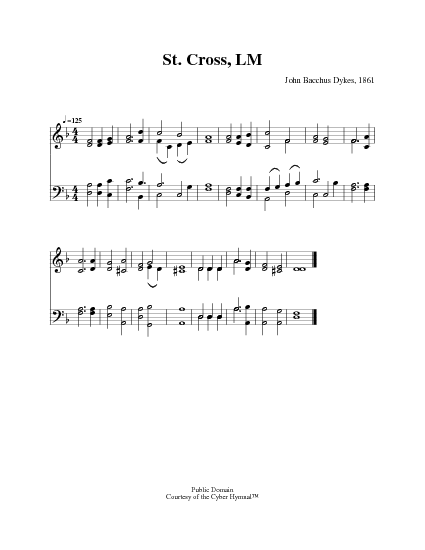 O come and mourn with me awhile

1 O come and mourn with me awhile;
O come ye to the Savior's side;
O come, together let us mourn:
Jesus, our Love, is crucified!


2 Have we no tears to shed for Him,
While soldiers scoff and foes deride?
Ah! Look how patiently He hangs:
Jesus, our Lord, is crucified!


3 Seven times He spake seven words of love;
And all three hours His silence cried
For mercy on the souls of men:
Jesus, our Lord, is crucified!


4 O love of God! O sin of man!
In this dread act your strength is tried;
And victory remains with love:
Jesus, our Lord, is crucified!

O come and mourn with me awhile. F. W. Faber. [Good Friday.] Published in his Jesus and Mary, 1849, in 12 stanzas of 4 lines, and headed "Jesus Crucified; " and again, after revision, in his Hymns, 1862. It was brought into special notice by being included in an abbreviated and altered form in Hymns Ancient & Modern 1861. The original refrain reads, "Jesus, our Love, is crucified." This was changed in Hymns Ancient & Modern to "Jesus, our Lord, is crucified," and has been almost universally adopted. The history of this refrain, which is somewhat interesting, is given under "My Lord, my Love was crucified". In addition to the Hymns Ancient & Modern arrangement there are others, including, "Ye faithful, come and mourn awhile" in Skinner's Daily Service Hymnal, 1864, "O come, and look awhile on Him," in the 1874 Supplement to the New Congregational Hymn Book; "O come, and mourn beside the Cross" in the Society for Promoting Christian Knowledge Church Hymns, 1871; "Have we no tears to shed for Him," in Beecher's Plymouth Collection, 1855; and others. The Hymns Ancient & Modern version of the text is translated into Latin in Biggs's annotated Hymns Ancient & Modern, 1867, by the Rev. C. B. Pearson, as "Adeste fideles, mecum complorantes." 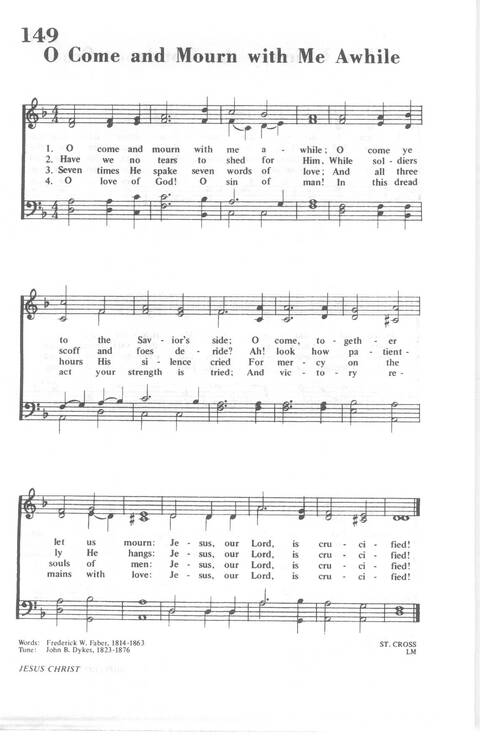