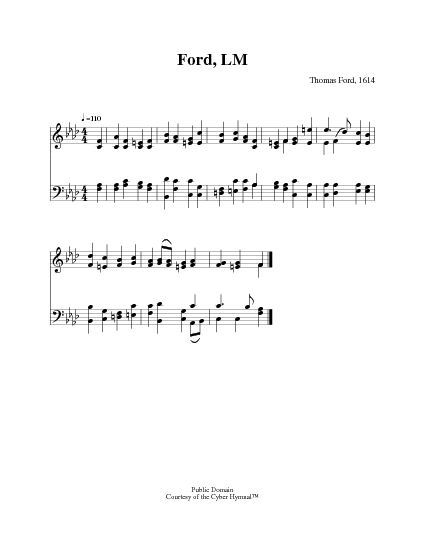 1. O merciful Creator, hear;
In tender pity bow Thine ear:
Accept the tearful prayer we raise
In this our fast of forty days.


2. Each heart is manifest to Thee;
Thou knowest our infirmity:
Repentant now we seek Thy face;
Impart to us Thy pardoning grace.


3. Our sins are manifold and sore,
But spare Thou them who sin deplore;
And for Thine own name’s sake make whole
The fainting and the weary soul.


4. Grant us to mortify each sense
By means of outward abstinence,
That so from every stain of sin
The soul may keep her fast within.


5. Blest Three in One, and One in Three
Almighty God, we pray to Thee,
That Thou wouldst now vouchsafe to bless
Our fast with fruits of righteousness.

Audi, benigne Conditor. St. Gregory the Great. [Lent.] This hymn is given in St.Gregory's Works (see Migne's Patrologia, tom. 78, col. 849, 850.) In the Roman Breviary,1632 it occurs, almost unaltered, as the hymn at Vespers on the Saturday before the First Sunday in Lent, to the Saturday before Passion Sunday (the last exclusively), when the Ferial Office is said, Sundays included. In the Hymnarium Sarisburiense London, 1851, it is given as the hymn at Lauds on the First Sunday in Lent, and daily to the 3rd Sunday. In York and St. Alban’s, it is the hymn for the first four Saturdays in Lent and the following Sundays at Vespers. At Canterbury (from a manuscript at Lambeth, No. 538, of the 15th century, which states "these are the offices to the observance of which every monk of Christ Church, Canterbury, is held bound"), it is on Saturdays and Sundays, in Lent, at Vespero. [Rev. W. A. Shoults, B.D.]
Translations in common use:— 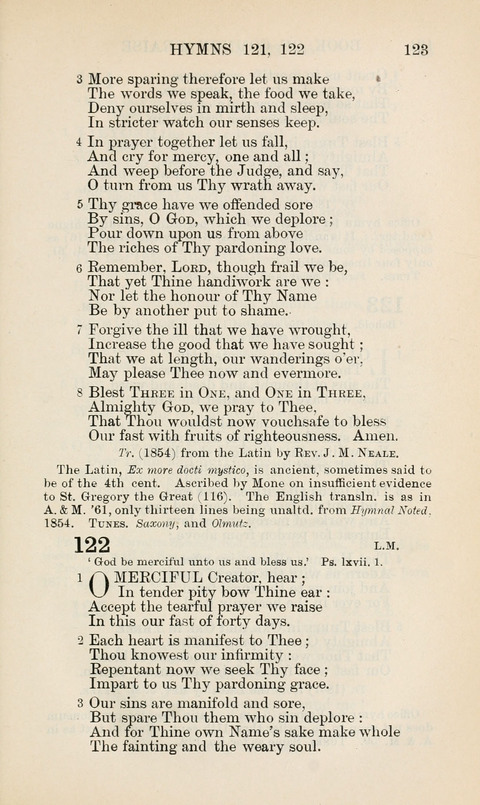 View Page
The Book of Common Praise: being the Hymn Book of the Church of England in Canada. Annotated edition (1909), p.123
^ top