O thou eternal King most high 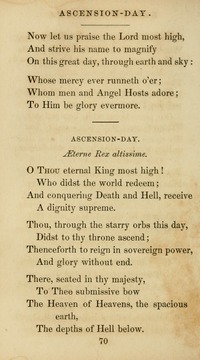 O thou eternal King most high

2. 0 Thou Eternal King most high. By E. Caswall, from the Roman Breviary, given in his Lyra Catholica, 1849, p. 101, and again in his Hymns & Poems, 1873, p. 57, in 8 stanzas of 4 lines. (see orig. translation) In 1858, 6 stanzas were included in the Scottish Episcopal Collection, No. 81, in Chope's Hymnal, 1864, and others, and in full with alterations in the Hymnary, 1872. Another altered form is, "0 Thou most high! Eternal King," in the Irvingite Hymns for the use of the Churches, 1864. Some of these alterations are borrowed from Johnston's translation of 1852. Caswall's translation is extensivelv used in Roman Catholic hymnals for Schools and Missions. 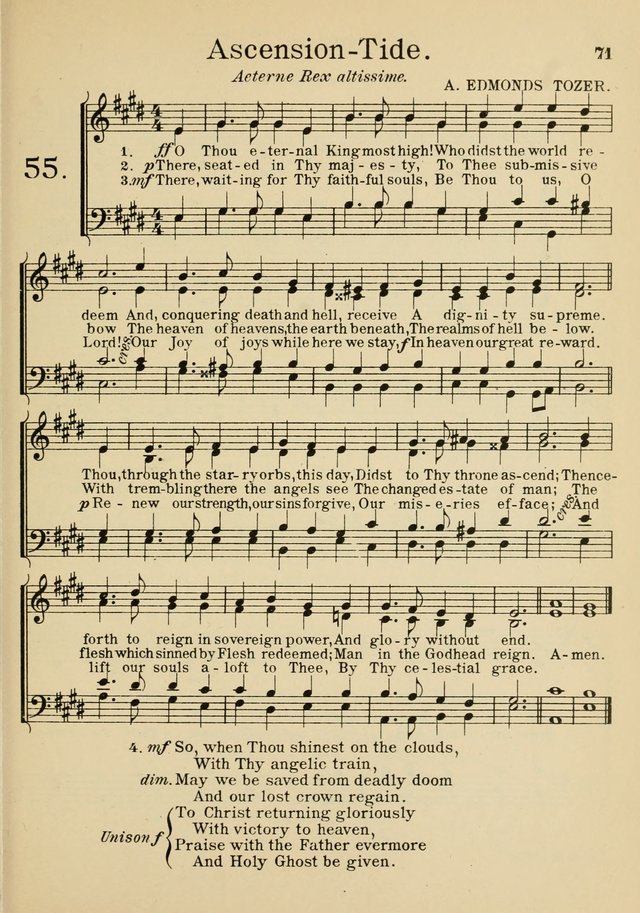 Hymns for the Worship of God #69

Plymouth Collection of Hymns and Tunes; for the use of Christian Congregations #252

The Baptist Hymn and Tune Book #252