On What Has Now Been Sown 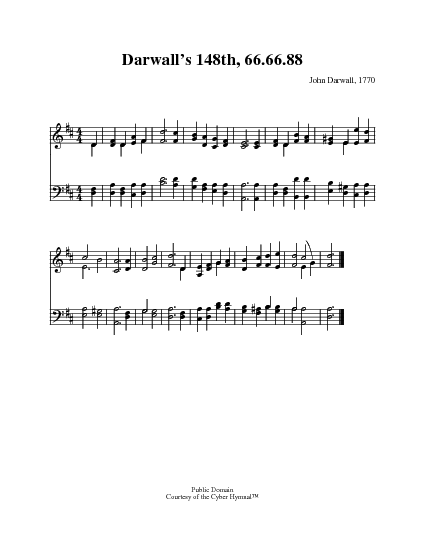 On what has now been sown

1 On what has now been sown
your blessing, Lord, bestow;
the pow'r is yours alone
to make it spring and grow.
O Lord, in grace the harvest raise
and you alone shall have the praise!


2 To you our wants are known;
from you are all our pow'rs.
Accept what is your own
and pardon what is ours.
Our praises, Lord, and prayers receive
and to your Word a blessing give.


3 O grant that each of us
now met before you here
may meet together thus
when you and yours appear
and follow you to heav'n, our home.
E'en so, Amen! Lord Jesus, come!

All tunes published with 'On What Has Now Been Sown'^ top 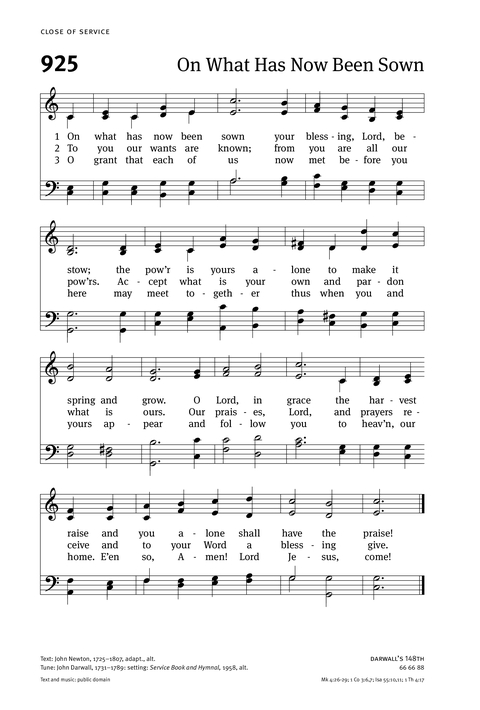