Peace Be To This Habitation 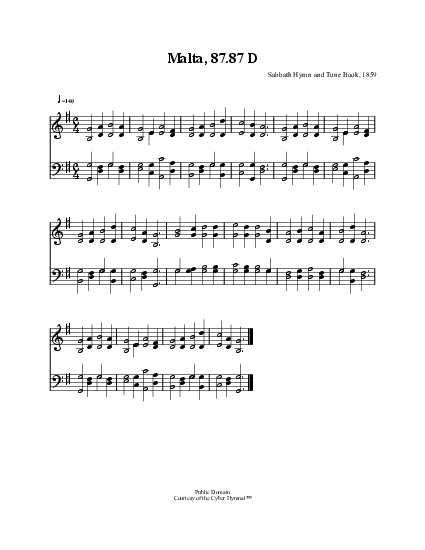 Peace be to this habitation

1 Peace be to this habitation,
Peace to all who dwell therein,
Peace, the earnest of salvation
Peace, the fruit of pardoned sin.


3 Jesus, Prince of peace, be near us,
Fix in all our hearts Thy home:
With Thy gracious presence cheer us,
Let Thy sacred kingdom come.


4 Raise to heav'n our expectation,
Give our favored souls to prove
Glorious and complete salvation,
In the realms of bliss above.

Peace be to this habitation. C. Wesley. [Household Peace desired.] This is No. 35 of his "Hymns for Believers,” which appeared in Hymns & Sacred Poems, 1749, vol. ii., in 6 stanzas of 8 1ines, and headed "On entering an House." (P. Works, 1868-72, vol. v. p. 53.) It is not in common use in its full form, but as follows:—
1. Peace be to this habitation. This, as given in Cotterill's Selections, 1819, No. 336, was composed of st. i., ii. from this hymn (st. i. and vi.) altered, and st. iii. from J. Newton ("May the grace of Christ our Saviour"). This text, with slight changes, and the omission of the stanza from J. Newton, was handed down to modern hymn-books through Montgomery's Christian Psalmist, 1825; Conder's Congregational Hymn Book, 1836; the Baptist Psalms & Hymns, 1858, and others. The doxology in W. F. Stevenson's Hymns for Church and Home, 1873, is Conder's "Praise the God of all creation," which appeared in the Congregational Hymn Book, 1836, No. 552. It gives a stately finish to the hymn.
2. Peace be to this sacred dwelling. This, in the American Sabbath Hymn Book, 1858, and others, is Cotterill's st. i., ii., as altered in Montgomery's Christian Psalmist, 1825, again slightly altered to adapt it the better for Public Worship.
3. Peace be to this congregation. This is No. 2 with further changes. It is No. 25 in the American Unitarian Hymns of the Spirit, 1864. The alteration of the first line is found in some of the earliest editions of the Lady Huntingdon Collection.
As these forms of the text are in extensive use, and as they differ somewhat widely from Wesley, we append sts. i. and vi. of his original:—

All tunes published with 'Peace Be To This Habitation'^ top 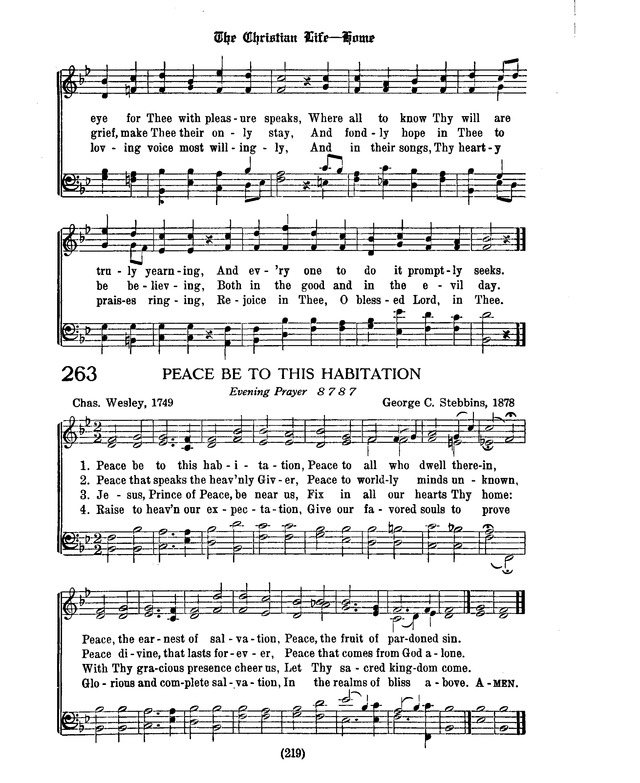