Sabbath of the saints of old 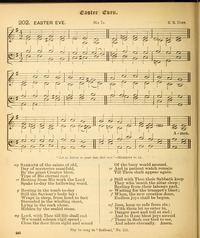 Sabbath of the saints of old

Thomas Whytehead was born at Thormanby, York, in 1815. He studied at Beverly Grammar School, and S. John's College, Cambridge; graduated B.A. in 1837, and M.A. in 1840. He received various honours at the University, among them the Chancellor's medal for English verse. In 1839, he was appointed Curate of Freshwater, Isle of Wight. In 1841, he was appointed chaplain to the Bishop of New Zealand, but died the next year after reaching Sidney. One of his last works was to translate Bishop Ken's "Evening Hymn" into Maori. The few works which he published give a favorable impression of the piety and learning of their author. -Annotations of the Hymnal, Charles Hutchins, M.A. 1872.… Go to person page >
^ top

Sabbath of the saints of old. T. Whytehead. [Sunday.] First published in his Poems, 1842, p. 108, as one of his "Hymns towards a Holy Week," in 9 stanzas of 6 lines, and appointed for the "Seventh Day." In no instance is it used in its full and complete form. The fullest text is that in the Hymnary, 1872, No. 50, in 6 stanzas, but usually it is given in a more abbreviated form, one of the shortest being the Society for Promoting Christian Knowledge Church Hymns, 1871, No. 60. One of the most popular forms of the hymn is a cento which is usually appropriated to “Easter Eve." It opens: "Resting from His work today." One of the earliest, if not the earliest, collection in which it appeared was Dr. Hook's Church Sunday School Hymn Book, 1850, Appendix, No. 232. This is composed of st. iii, iv., vi., vii., of the original. This cento was repeated, with alterations, in Murray's Hymnal, 1852, and has been adopted by various collections, including, with very slight alterations, Hymns Ancient & Modern, 1861, Sarum, 1868, and others. In Biggs's Annotated Hymns Ancient & Modern (Preface), the editor has omitted st. v. and viii. from what he has given as the original poem.
--John Julian, Dictionary of Hymnology (1907)

All tunes published with 'Sabbath of the saints of old'^ top 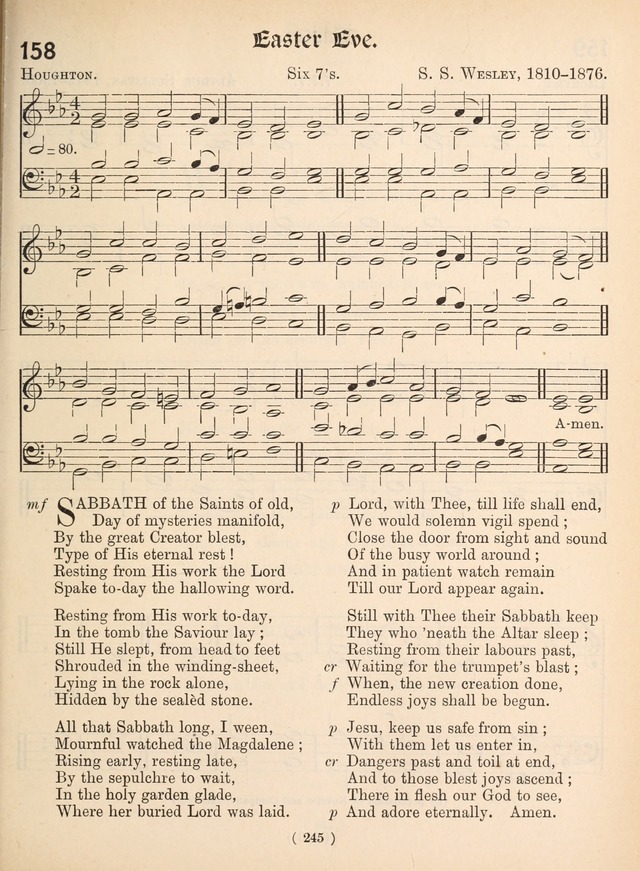 A Church of England Hymn Book #84

The Hymnal Companion to the Book of Common Prayer with accompanying tunes (3rd ed., rev. and enl.) #202