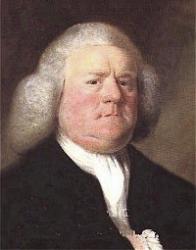 Firmly I Believe and Truly

May the Grace of Christ Our Savior

HALTON HOLGATE (also called SHARON) is a version of a psalm tune originally composed by William Boyce (b. London, England, 1710; d. Kensington, London, 1779) and published around 1765 in his Collection of Melodies, including tunes by various composers for Christopher Smart's paraphrases of the psalms.

William Boyce was an organist, a composer for both church and theater, and a music editor. He began his musical career as a chorister in St. Paul Cathedral, London, and later served as organist in a number of churches, including the Chapel Royal. However, increasing deafness affected his organ playing, and the last church he served (St. Michael's, Cornhill) asked him to resign. Boyce wrote songs for the stage, odes for important occasions for the royal house, church services, anthems, and hymn tunes. In the history of church music he is also remembered for his Cathedral Music (1760, 1773), a three-volume collection of church music by English composers from the sixteenth to eighteenth centuries.

Adding melodic tones to the original, the current version of this sturdy tune dates from 1789, where it was included in Thomas Williams's Psalmodia Evangelica (PHH 413). The harmonization is by Samuel S. Wesley (PHH 206). Though the entire hymn may be sung by the whole congregation, the drama of the stanzas suggests that the initial stanzas be sung by a choir or soloists and the final stanza by everyone in unison.

Alexander's text is set to Edward J. Hopkins's WRAYBURY in the British tradition and to William H. Jude's GALILEE in many American hymnals (including the 1959 Psalter Hymnal).

Text: Light of Those Whose Dreary Dwelling

Text: Where Is This Stupendous Stranger? 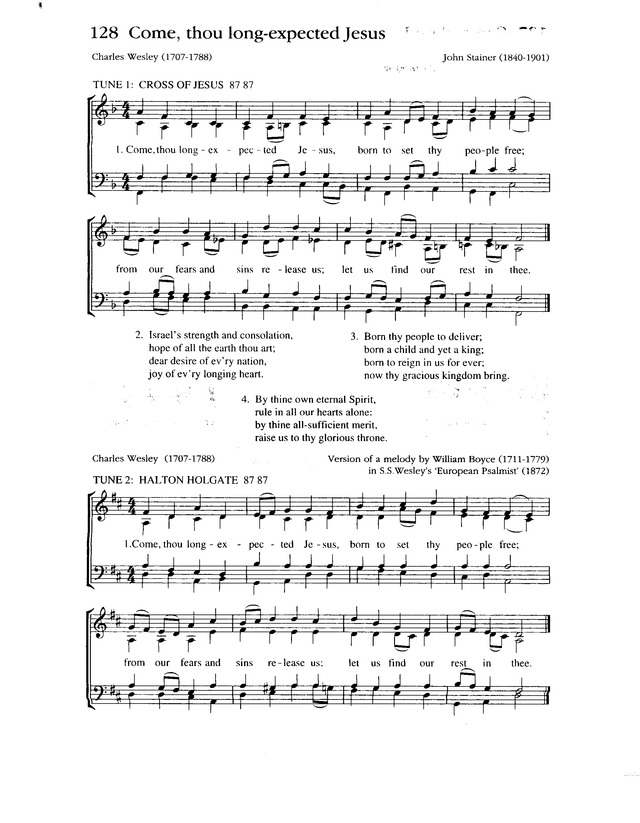 Ancient and Modern #634a

The New English Hymnal #3a