Tama ngakau marie (Son of God, Whose Heart Is Peace)

Tama ngakau marie (Son of God, whose heart is peace)

All tunes published with 'Tama ngakau marie (Son of God, Whose Heart Is Peace)'^ top 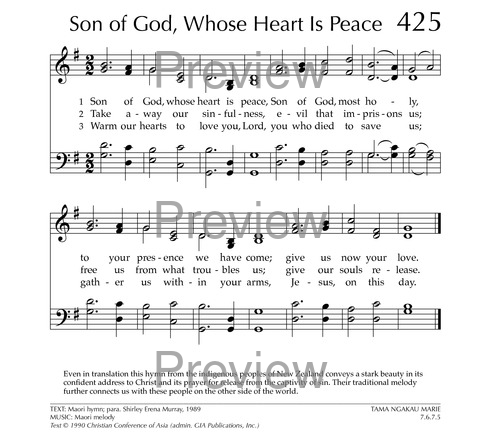