The eternal gates lift up their heads 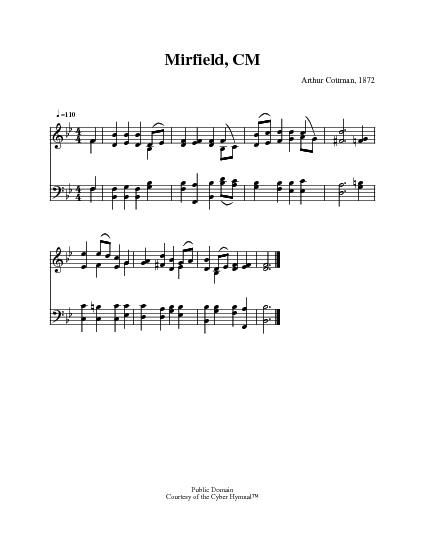 The eternal gates lift up their heads

1 The golden gates are lifted up,
the doors are opened wide;
the King of glory is gone in
unto his Father's side.


2 Thou art gone up before us, Lord,
to make for us a place,
that we may be where now thou art,
and look upon God's face.


3 And ever on our earthly path
a gleam of glory lies,
a light still breaks behind the cloud
that veiled thee from our eyes.


4 Lift up our hearts, lift up our minds:
let thy dear grace be giv'n,
that, while we wander here below,
our treasure be in heav'n;


5 That where thou art, at God's right hand,
our hope, our love, may be:
dwell thou in us, that we may dwell
forevermore in thee.

The eternal gates lift up their heads. Cecil F. Alexander, née Humphreys. [Ascension.] Contributed to the Society for Promoting Christian Knowledge Hymns, 1852, No. 62, in 5 stanzas of 4 lines. In 1858 it was published in a revised form in Mrs. Alexander's Hymns Descriptive and Devotional, No. 14, as "The Golden gates are lifted up." It is in common use in both forms: but the earlier is the more widely used of the two. In addition st. iii., iv. are given in the American Unitarian Hymns of the Spirit, Boston, 1864, as "O, ever on our earthly path." 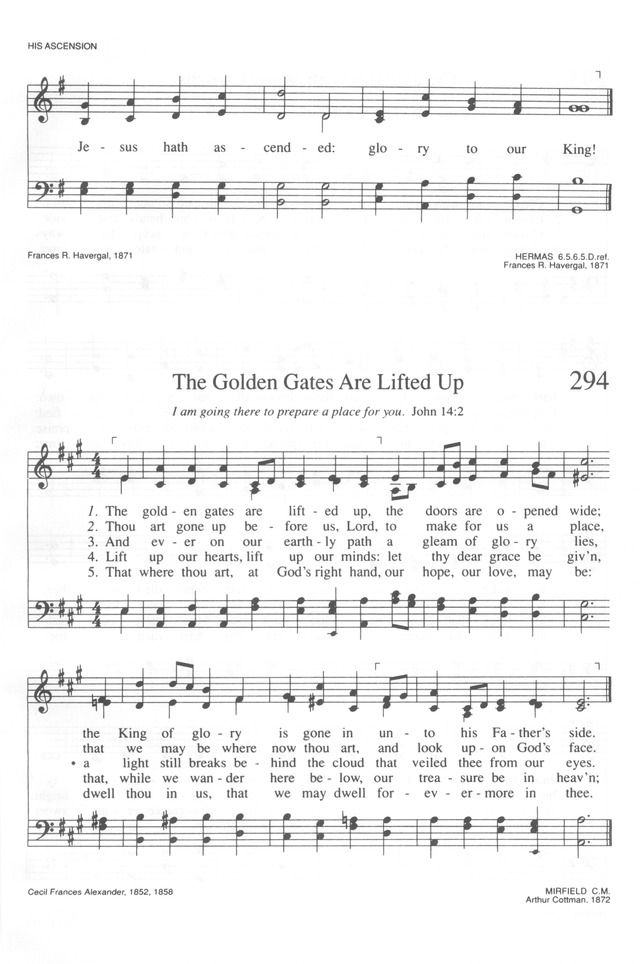 Display Title: The Golden Gates Are Lifted Up First Line: The golden gates are lifted up Tune Title: MIRFIELD Author: Cecil F. Alexander Meter: CM Source: Originally appeared as "The Eternal Gates Lift Up Their Heads" in Hymns, by the Society for Promoting Christian Knowledge, 1852; Published in revised form in Alexander's Hymns Descriptive and Devotional, 1858
The Cyber Hymnal #1956