The mother looked pale and her face was (quite) sad 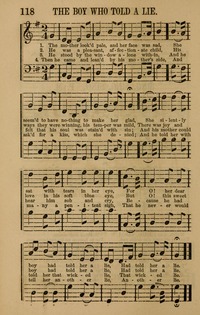 The mother looked pale and her face was (quite) sad

Tune: [The mother look'd pale, and her face was sad]
Published in 4 hymnals

1 The mother look'd pale, and her face was sad,
She seem'd to have nothing to make her glad,
She silently sat with tears in her eye,
For O! her dear boy had told her a lie,
Had told her a lie.


2 He was a pleasant, affectionate child,
His ways they were winning, his temper was mild,
There was joy and love in his soft blue eye,
But O! this sweet boy had told her a lie,
Had told her a lie.


3 He stood by the window alone within,
And he felt that his soul was stain'd with sin;
And his mother could hear him sob and cry,
Because he had told her that wicked lie,
That wicked lie.


4 Then he came and lean'd by his mother's side,
And ask'd for a kiss, which she denied;
And he told her with many a penitent sigh,
That he never would tell her another lie,
Another lie.


5 Than she took his small hands within her own,
And bade him before her kneel gently down;
And she kiss'd his check while he look'd on high,
And pray'd to be pardon'd for telling a lie!

Source: Linden Harp: a rare collection of popular melodies adapted to sacred and moral songs, original and selected. Illustrated. Also a manual of... #118

[The mother look'd pale, and her face was sad] 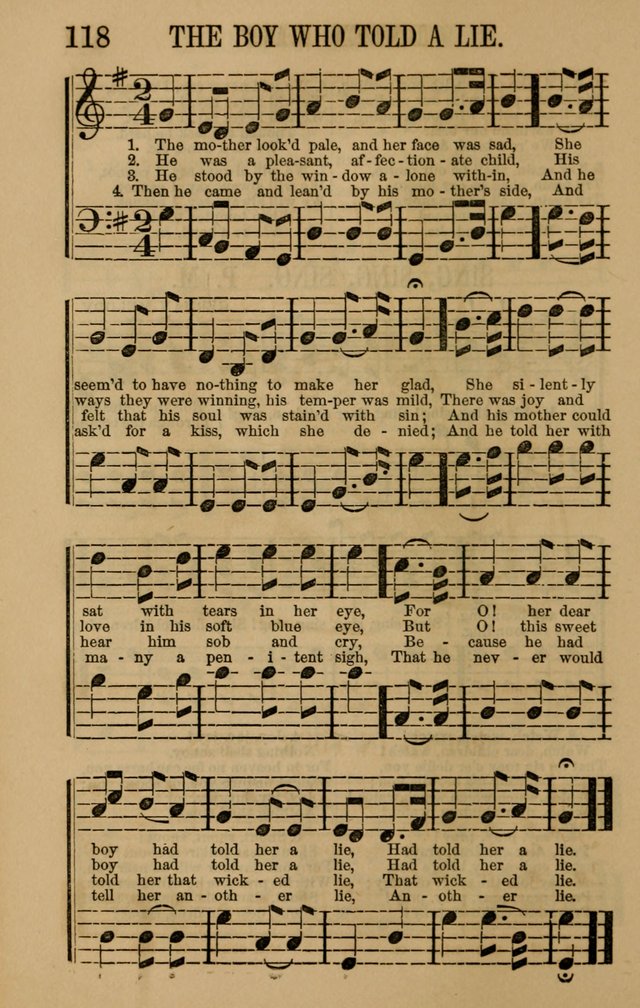 Songs for the Little Ones at Home #d197

Display Title: A boy who told a lie First Line: The mother looked pale and her face was (quite) sad Date: 1852
Songs for the Little Ones at Home #d197