The praises of that saint we sing 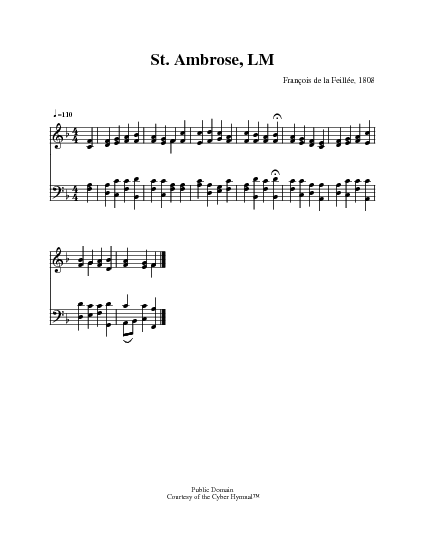 The praises of that saint we sing

1. The praises of that saint we sing,
To whom all lands their tribute bring,
Who with indomitable heart,
Bore throughout life true woman’s heart.


2. Restraining every froward sense
By gentle bonds of abstinence,
With prayer her hungry souls she fed,
And thus to heavenly joys hath sped.


3. King Christ, from whom all virtue springs,
Who only doest wondrous things,
As now to Thee she kneels in prayer,
In mercy our petitions hear.


4. All praise to God the Father be,
All praise, eternal Son, to Thee;
Whom with the Spirit we adore
Forever and forevermore.

Cardinal Silvio Antoniano, was born at Rome in 1540. Through the influence and patronage of Pope Pius IV. he became Professor of the Belles Lettres in the Collegio Romano, and subsequently rose to be the head of the college, and a cardinal. He died in 1603. [Rev. W. A. Shoults, B.D.] --John Julian, Dictionary of Hymnology, p. 382 (1907) Go to person page > 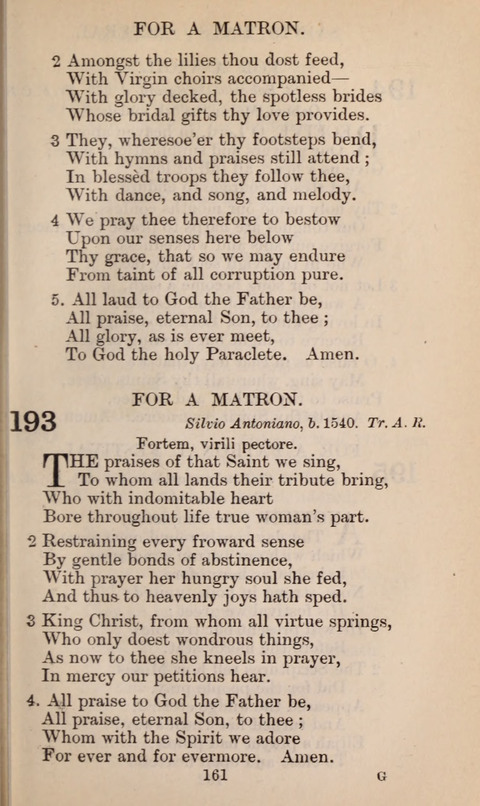