The Sea Is His 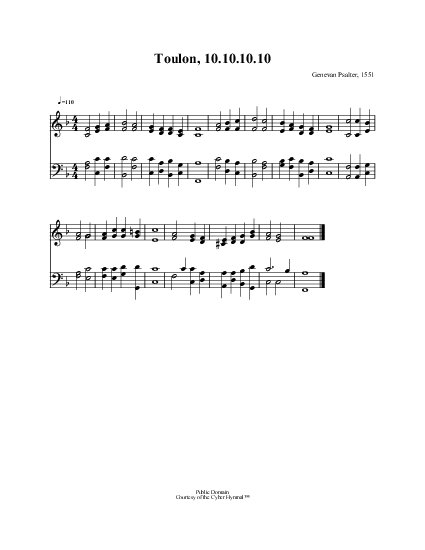 The sea is His; He made its blue expanse

1 The sea is His; He made its blue expanse,
And wrapped it like a mantle round the globe;
An azure velvet, sheened with sunshine’s glance,
Ermined with whitecaps like an empress’ robe.


2 The sea is His; its rolling billows swell
Their beryl bosoms, laced with foamy snow,
And in their ceaseless psalmody they tell
What tides, like human heart-throbs, heave below.


3 The sea is His; in watery mountains whirled,
Waked by His breath its waves assault the skies,
Its thundering breakers shake the solid world,
And navies vanish, conqueror and prize.


4 The sea is His; within its mirrored calm
His white-cloud chariots sweep a double sky,
Its tempests slumber in His folded palm,
Its monsters gambol ’neath their maker’s eye.


5 The sea is His; its hymns its organ bass
Till nature’s anthem fills the vaulted pole;
Or, floating soft as incense from a vase,
Æolian vespers thrill the ravished soul.


6 The sea is His; a pavement for His throne;
An image of immensity and might;
A shoreless, infinite abyss, unknown;
A gulf of splendor in a gulf of night.


7 The sea is His; but when His trump shall sound
Its trembling waves shall die along the shore,
Its frightened floods shall shrink in caves profound
In that new earth there shall be sea no more.

All tunes published with 'The Sea Is His'^ top

Display Title: The Sea Is His First Line: The sea is His; He made its blue expanse Tune Title: TOULON Author: George L. Taylor Meter: 10.10.10.10 Source: Asters and Golden-Rod (New York: Eaton & Mains, 1904)
The Cyber Hymnal #12260
All instances^ top
Suggestions or corrections? Contact us