The tomb is empty wouldst thou have it full 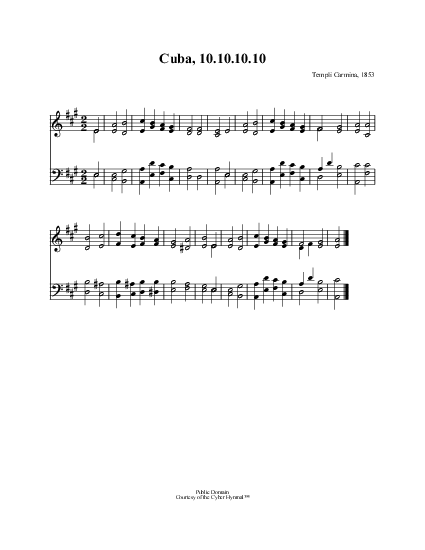 The tomb is empty wouldst thou have it full

Author: Horatius Bonar
Tune: [Abide in me, O Lord, and I in Thee]
Published in 5 hymnals

1 The tomb is empty; wouldst thou have it full?
Still sadly clasping the unbreathing clay;
O weak in faith, O slow of heart and dull,
O dote on darkness, and shut out the day!


2 The tomb is empty; He who, three short days,
After a sorrowing life’s long weariness,
Found refuge in this rocky resting place,
Has now ascended to the throne of bliss.


3 Here lay the Holy One, the Christ of God,
He who for death gave death, and life for life;
Our heavenly kinsman, our true flesh and blood;
Victor for us on hell’s dark field of strife.


4 This was the Bethel, where, on stony bed,
While angels went and came from morn till even,
Our truer Jacob laid His wearied head;
This was to Him the very gate of Heaven.


5 The Conqueror, not the conquered, He to whom
The keys of death and of the grave belong,
Crossed the cold threshold of the stranger’s tomb,
To spoil the spoiler and to bind the strong.


6 Here death had reigned; into no tomb like this
Had man’s fell foe aforetime found his way;
So grand a trophy ne’er before was his,
So vast a treasure, so divine a prey.


7 But now his triumph ends; the rock-barred door
Is opened wide, and the great Prisoner gone;
Look round and see, upon the vacant floor
The napkin and the grave clothes lie alone.


8 Yes, death’s last hope, his strongest fort and prison
Is shattered, never to be built again;
And He, the mighty Captive, He is risen,
Leaving behind the gate, the bar, the chain.


9 Yes, He is ris’n who is the First and Last;
Who was and is; who liveth and was dead;
Beyond the reach of death He now has passed;
Of the one glorious Church the glorious Head.


10 The tomb is empty; so, ere long shall be
The tombs of all who in this Christ repose;
They died with Him who died upon the tree;
They live and rise with Him who lived and rose.


11 Death has not slain them, they are freed, not slain.
It is the gate of life, and not of death,
That they have entered; and the grave in vain
Has tried to stifle the immortal breath.


12 All that was death in them is now dissolved;
For death can only what is death’s destroy;
And when this earth’s short ages have revolved,
The disimprisoned life comes forth with joy.


13 Their life long battle with disease and pain,
And mortal weariness, is over now;
Youth, health, and comeliness return again,
The tear has left the cheek, the sweat the brow.


14 They are not tasting death, but taking rest,
On the same holy couch where Jesus lay,
Soon to awake all glorified and blest,
When day has broke and shadows fled away. 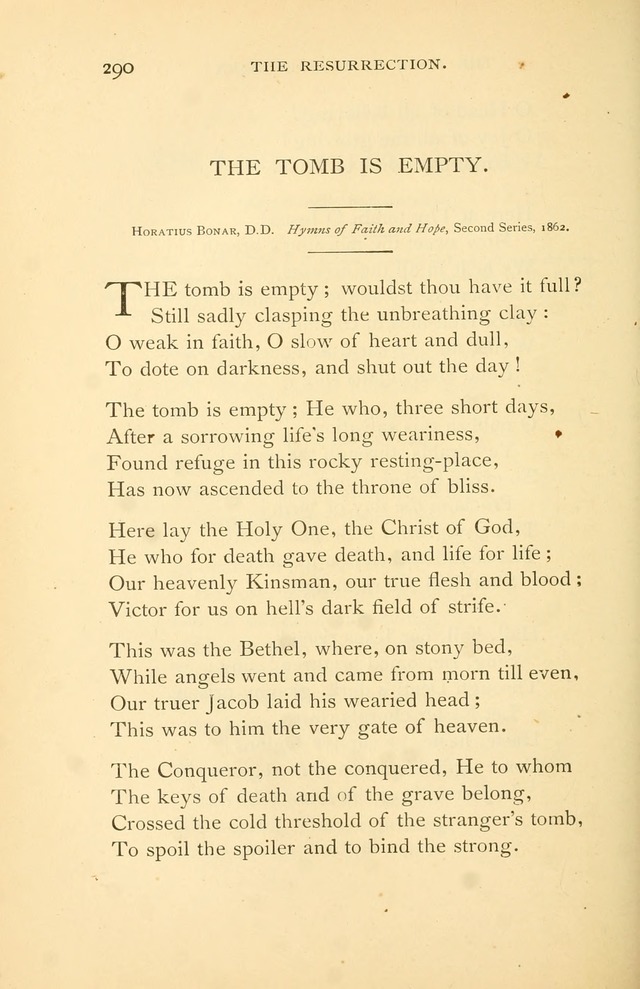