The winds were howling o'er the deep 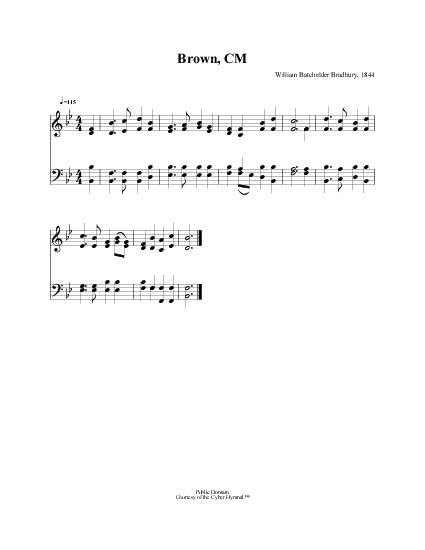 The winds were howling o'er the deep

1 The winds were howling o’er the deep,
Each wave a watery hill;
The Savior wakened from His sleep,
He spake, and all was still.


2 The madman in a tomb had made
His mansion of despair;
Woe to the traveler who strayed
With heedless footstep there!


3 The chains hung broken from his arm,
Such strength can hell supply;
And fiendish hate, and fierce alarm
Flashed from his hollow eye.


4 He met that glance so thrilling sweet,
He heard those accents mild,
And, melting at Messiah’s feet,
Wept like a weanèd child.


5 Oh madder than the raving man!
Oh deafer than the sea!
How long the time since Christ began
To call in vain on me?


6 He called me when my thoughtless prime
Was early ripe to ill;
I passed from folly on to crime,
And yet He called me still.


7 He called me in the time of dread,
When death was full in view;
I trembled on my feverish bed,
And rose to sin anew.


8 Yet could I hear Him once again,
As I have heard of old,
Methinks He should not call in vain
His wanderer to the fold.


9 Oh Thou, that every thought canst know,
And answer every prayer;
Oh give me sickness, want, or woe,
But snatch me from despair!


10 My struggling will by grace control,
Renew my broken vow!
What blessèd light breaks on my soul?
Oh God! I hear Thee now.

The winds [are] were howling o'er the deep. Bishop R. Heber. [Epiphany, 4 S.] This hymn in 10 stanzas of 4 lines was given in the 1828 edition of Heber's posthumous Hymns, &c, as the 5th hymn for the 4th Sunday after the Epiphany, and is based on the stilling of the tempest, the Gospel for that day (St. Matt, viii. 23). The cento "How long the time since Christ began," in the Leeds Hymn Book 1853, and several others in Great Britain and America is from this hymn. The original in an abbreviated form is in several American hymnals, including the Plymouth Collection, 1855, and others. [William T. Brooke]


[The winds were howling over the deep] 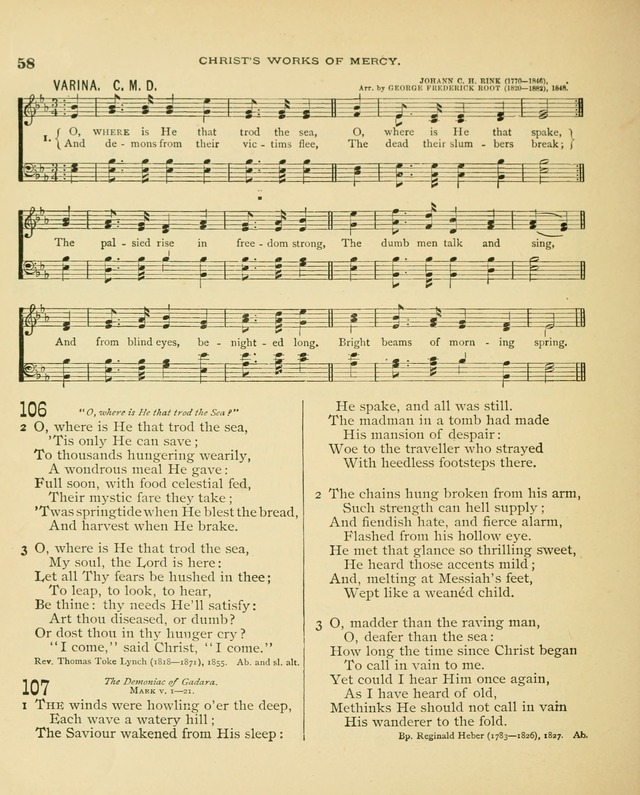