Go Wash in the Beautiful Stream 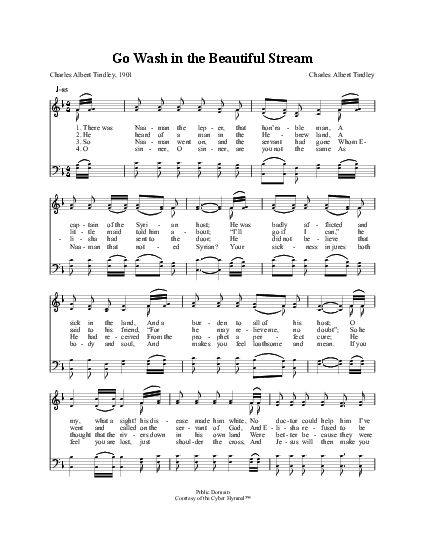 There was Naaman the leper, that honorable man

Author: Charles Albert Tindley (1901)
Tune: [There was Naaman the leper, that honorable man]
Published in 6 hymnals

1. There was Naaman the leper, that honorable man,
A captain of the Syrian host,
He was badly afflicted and sick in the land,
And a burden to all of his host:
Oh, my! What a sight, his disease made him white.
No doctor could help him I've seen.
He never did pray, and he knew not the way,
To get into the beautiful stream.

2. He heard of a man in the Hebrew land,
A little maid told him about,
I'll go if I can he said to his friend,
For he may relieve me no doubt:
So he went and called on the servant of God,
And Elisha refused to be seen.
But he lifted his burden and sent him to Jordan.
To wash in the beautiful stream.    Chorus

3. So Naaman went on and the servant had gone,
Whom Elisha had sent to the door,
He did not believe that he had received,
From the Prophet a perfect cure,
He thought the rivers down in his own land.
Were better because they were clean,
It was just about night when he got in the light.
And plunged into the beautiful stream.    Chorus

4. O, sinner, O , sinner, are you not the same
As Naaman that noted Syrian?
Your sickness injures both body and soul,
And makes you feel loathsome and mean,
If you feel you are lost, just shoulder the cross,
And Jesus will then make you clean.
If you feel you are sick, just come along quick,
And get into the beautiful stream.    Chorus

[There was Naaman the leper, that honorable man]

All tunes published with 'Go Wash in the Beautiful Stream'^ top 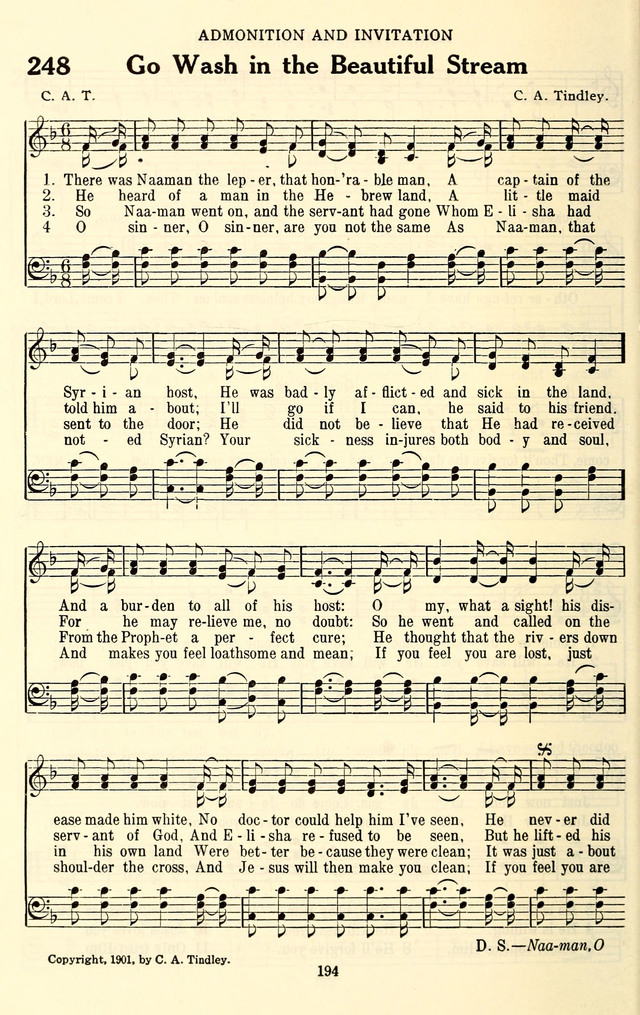