They come, God's messengers of love 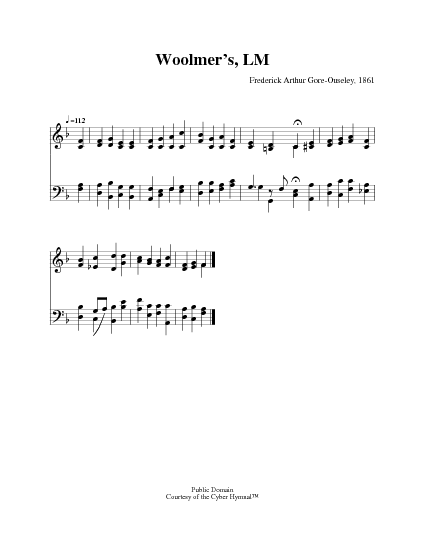 They come, God's messengers of love

1 They come, God’s messengers of love,
They come from realms of peace above,
From homes of never-fading light,
From blissful mansions ever bright.


2 They come to watch around us here,
To soothe our sorrow, calm our fear:
But chiefly, at our journey's end,
'Tis theirs the spirit to defend.


3 Blest Jesus, Thou Whose groans and tears
Have sanctified frail nature’s fears,
To earth in bitter sorrow weighed,
Thou didst not scorn Thine angel’s aid.


4 An angel guard to us supply,
When on the bed of death we lie;
And by Thine own almighty power,
O shield us in that final hour.

Robert Campbell was an advocate residing in Edinburgh. He is not much known as an author, but some of his hymns have been adopted in several hymnals. He was Roman Catholic. His death occurred in 1868. --Annotations of the Hymnal, Charles Hutchins, M.A. 1872.… Go to person page >
^ top

They come, God's messengers of love. R. Campbell. [St. Michael and All Angels.] Written for, and first published in his Hymns and Anthems, 1850, p. 94, in 6 stanzas of 4 lines. In 1852 it was republished, with alterations, in Murray's Hymnal, No. 79. This was repeated in several collections, including Hymns Ancient & Modern, 1861, and has become the accepted form of the hymn. Sometimes it is abridged to four stanzas. It is the most widely adopted hymn for St. Michael and All Angels of any in the English language.

Composed by George J. Elvey (PHH 48) in 1862 for 'Just as I Am, without One Plea" (263), ST. CRISPIN was first published in the 1863 edition of Edward Thorne's Selection of Psalm and Hymn Tunes. The tune title honors a third-century Roman martyr, Crispin, who, along with Crispinian, preached in Gaul…

All tunes published with 'They come, God's messengers of love'^ top 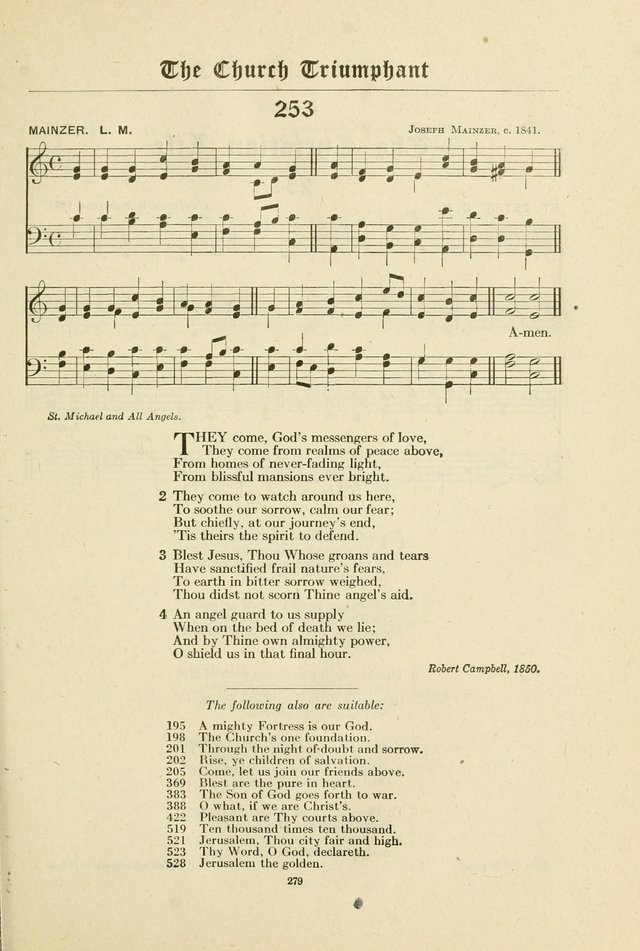