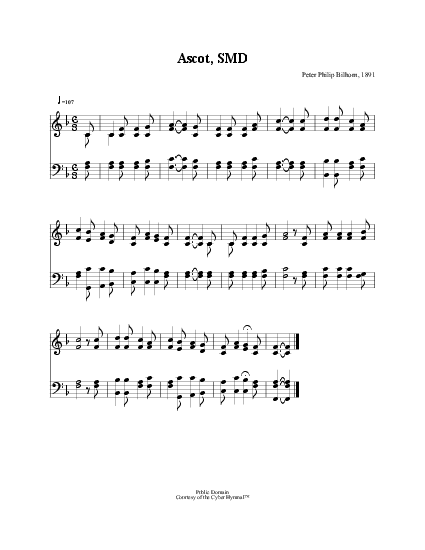 This world is full of care

1 This world is full of care,
And bitter is life's cup
The cross is sometimes hard to bear,
"'Tis better higher up."


2 I've seen my hopes decay
Like blossoms in the Spring;
My dearest friends have passed away,
Earth's treasures taken wing. [Chorus]


3 The storms of death have blown,
But Christ, my blessed hope,
His tender love to me hath shown,
"'Tis better higher up." [Chorus]


4 My flesh must fail, I know,
And yet I can not grieve;
The spirit tells me I must go
With Christ my Lord to live. [Chorus]


5 And in my home above
On joy divine I'll sup,
And rest in God's eternal love;
"'Tis better higher up." [Chorus]

Source: Crowning Glory No. 2: a collection of gospel hymns #207

We have little data on Crofts, except that he was a minister. --www.hymntime.com/tch/ Go to person page >
^ top

The following incident, abbreviated, which is often told by an Evangelist, suggested the hymn. An aged lady, once living in an upper story of an old building, was visited one day by a lady missionary, having in her company a well-dressed woman. As they were ascending the first flight of stairs, the wealthy person remarked; "Oh, my! how dark and dreary it is here!" "Never mind," answered the other, "'Tis better higher up." When they had reached and entered the top room, she again remarked to the sick saint (whose life was ebbing away), "How can you live up here, and be contented in this dark, dreary, lonesome place?" The dying saint, pointing heavenward, with a smile, said; "'Tis better higher up." Crowning Glory No. 2, 1890, # 207.

[This world is full of care]

All tunes published with '"'Tis Better Higher Up"'^ top 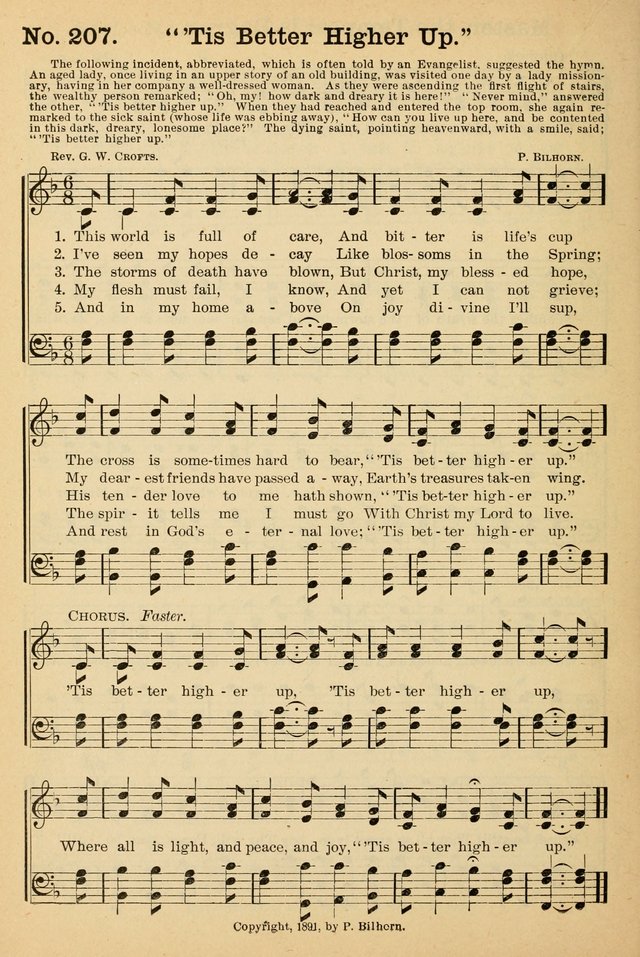