To God most awful and most high 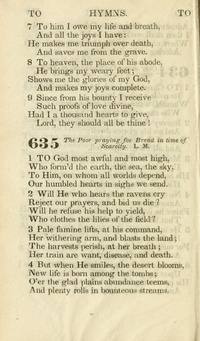 To God most awful and most high

To God most awful and most high,
Who form'd the earth, the sea, the sky;
To Him on whom all worlds depend,
Our humbled hearts in sighs we send.


295
Will He who hears the ravens cry,
Reject our prayers, and bid us die?
Will He refuse His keep to yield,
Who clothes the lilies of the field?


Pale famine lifts at His command,
Her withering arm, and blasts the land;
The harvests perish at her breath,
Her train are want, disease, and death.


But when He smiles the desert blooms,
New life is born among the tombs;
O'er the glad plains abundance teems,
And plenty rolls in bounteous streams.


Father of grace whom we adore,
Bless Thy large family--the poor;
The poor on Thee alone depend,
Continue Thou the poor man's friend.


Content to live by toil and pain,
May we eternal riches gain;
Meanwhile, by Thy free goodness fed,
Give us this day our daily bread.

To God most awful and most high. J. Montgomery. [In time of Scarcity.] Written for the laying of the foundation stone of a Corn Mill at Sheffield, on Nov. 5, 1795, which was "built for the common use and benefit of the people." It was printed in Montgomery's Sheffield Iris newspaper the same day, and signed "Paul Positive," a nom de plume of the author. It subsequently appeared in Cotterill's Selection, 1819, No. 260; Montgomery's Christian Psalmist, 1825, No. 532; and his Original Hymns, 1853, No. 276. In the last two it is headed, "The poor praying for bread in the time of scarcity," It is found in a few modern hymnbooks. 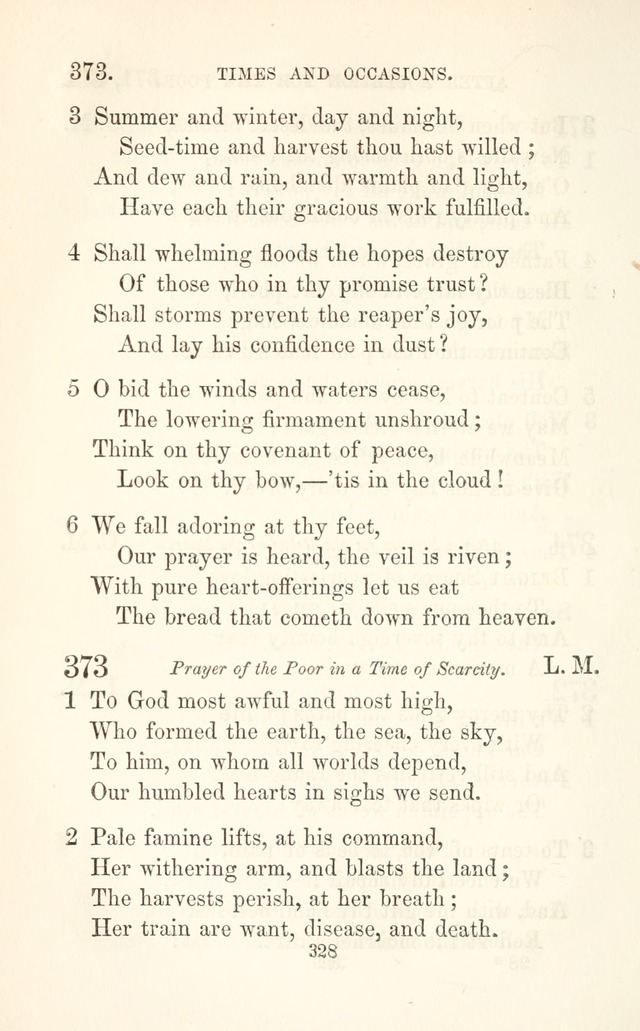 View Page
A Selection of Hymns: designed as a supplement to the "psalms and hymns" of the Presbyterian church (1861), p.330
^ top

A Collection of Hymns, for the use of the Wesleyan Methodist Connection of America. #248

A Selection of Hymns, adapted to the devotions of the closet, the family, and the social circle; and containing subjects appropriate to the monthly concerns of prayer for the success... #635

The Halifax Selection of Hymns #d431