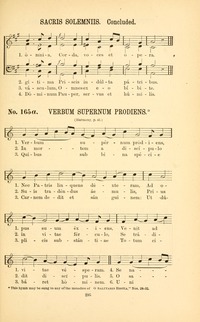 Verbum Supernum prodiens, Wee Patris linquens dexteram. St. Thomas of Aquino. [Holy Communion.] Written about 1263 for the office for use on Corpus Christi. It is found in the Roman (Venice, 1478, and, unchanged, in 1632), Mozarabic of 1502, Sarum, York, Aberdeen, Paris of 1736, and other Breviaries, its primary use being at Lauds on Corpus Christi. The text, in 5 stanzas and a doxology, is in Daniel, i. No. 241; Hymnarium Sarisburiense , 1851, p. 123, and others. The last stanza, 0 salutaris hostia, has often been used along with the doxology as a separate hymn, e.g., at the Benedicury, in the Bodleian; in a manuscript of the end of the 13th century, and a 14th century Sarum Breviary both in the British Museum; in a 13th century manuscript at St. Gall, 503, i., and others. [Rev. James Mearns, M.A.]

"A hymn sung during the Office called Benediction, at the moment when the Tabernacle is opened, in order that the Consecrated Host may be removed and placed in the Monstrance prepared for its solemn Exposition. "Sometimes also, though less frequently, '0 salutaris Hostia' is sung at High Mass, immediately after the Benedictus; not indeed as an integral part of the Mass itself, to which it does not properly belong, but in order to prevent the long and distracting pause which would otherwise ensue, when, as is frequently the case in Plain Chaunt Masses, the Benedictus is too short to fill up the time which must necessarily elapse between the Elevation of the Host and the Pater Noster." 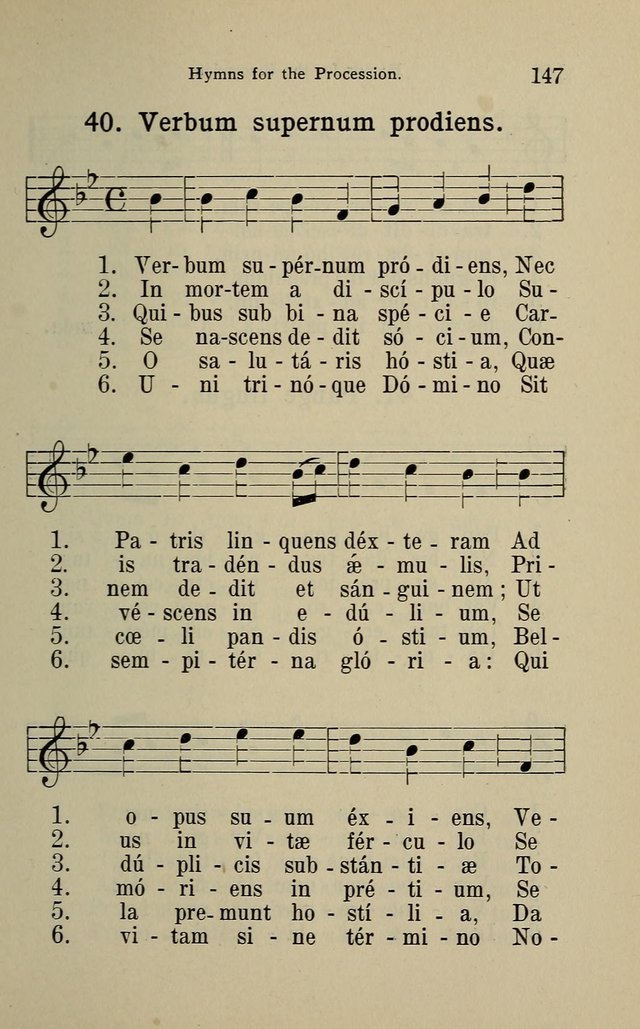 English and Latin Hymns, or Harmonies to Part I of the Roman Hymnal #165a