We are but little children weak 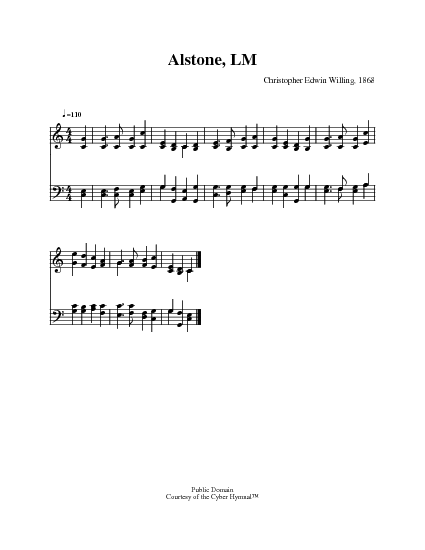 We are but little children weak

1 We are but little children weak,
Nor born in any high estate;
What can we do for Jesus' sake,
Who is so high, and good, and great!


2 When deep within our swelling heart
The thoughts of pride and anger rise,
When bitter words are on our tongues,
And tears of passion in our eyes


3 Then we may stay the angry blow,
Then we may check the hasty word,
Give gentle answers back again,
And fight a battle for our Lord.


4 With smiles of peace and looks of love
Light in our dwellings we may make,
Bid kind good humour brighten there,
And still do all for Jesus' sake.


5 There's not a child so small and weak
But has his little cross to take,
His little work of love and praise
That he may do for Jesus' sake.

We are but little children poor [weak]. Cecil F. Alexander, née Humphreys. [Holy Baptism.] Published in Dr. Hook's Leeds Church Sunday School Hymn Book, 1850, in 9 stanzas of 4 lines. It is in use, sometimes abbreviated, in its original form; as "We are but little children weak” in the 1868 Appendix to Hymns Ancient & Modern, and numerous other collections; and as, “O Lord, the Holy Innocents" (st. ii.), in the American Protestant Episcopal Hymnal, 1871. In these various forms it is in extensive use.

All tunes published with 'We are but little children weak'^ top 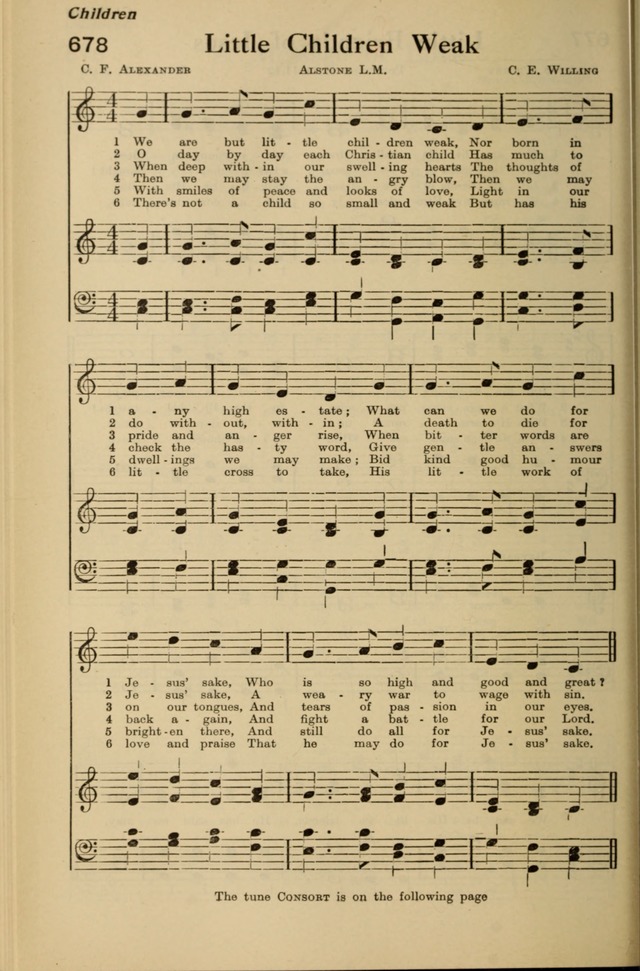