What though my frail eyelids refuse 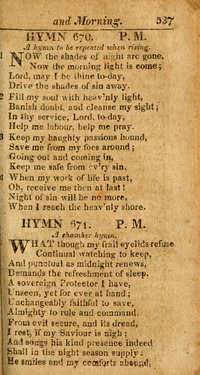 What though my frail eyelids refuse

What tho' my frail eyelids refuse. A. M. Toplady. [At Night.] Published in the Gospel Magazine, Dec. 1774, in 6 stanzas of 8 lines, entitled "A Chamber Hymn," and signed "Minimus." Also in Sedgwick's reprint of Toplady's Hymns, &c, 1860. It was given in its original form in several of the older hymnbooks, but in Collyer's Collection, 1812, it was divided into two parts, Pt. i. being composed of stanzas i.-iii., and Pt. ii., beginning, "Inspirer and Hearer of prayer," of stanzas iv.-vi. From that date the first part fell gradually out of use, whilst the second part rose to great popularity, and has been rendered into several languages. The translation into Latin by R. Bingham in his Hymnologia Christiana Latina, 1871, begins, "O Tu precum inspirator." 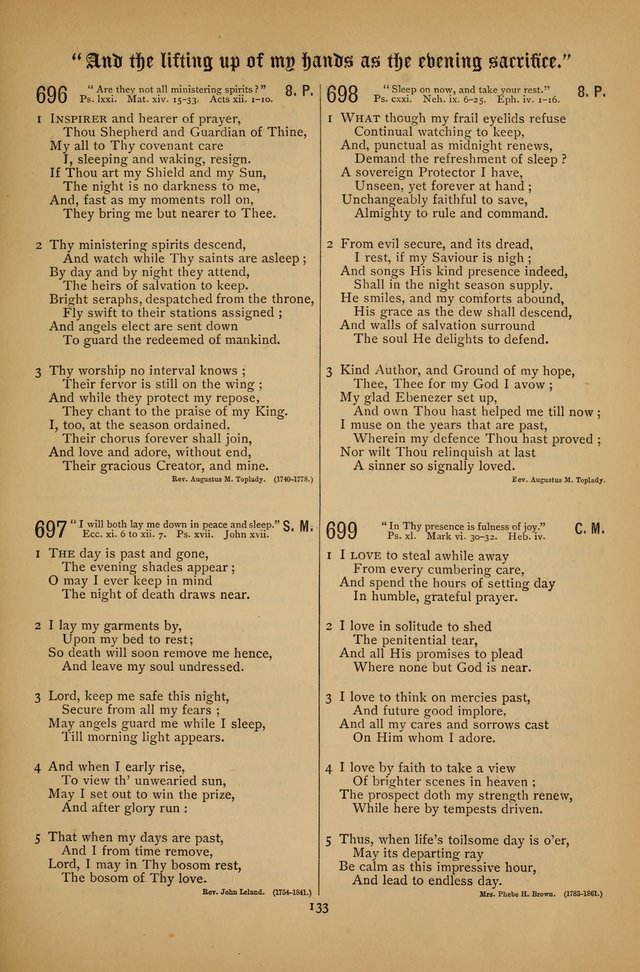 A Baptist Hymn Book, Designed Especially for the Regular Baptist Church and All Lovers of Truth #d842

A Choice Selection of Psalms, Hymns and Spiritual Songs for the use of Christians #671

A New Selection of Psalms, Hymns and Spiritual Songs #854

Hymns and Songs of Praise for Public and Social Worship #1211

Hymns of the Church Militant #316

Display Title: I Laid me Down and Slept First Line: What though my frail eyelids refuse Date: 1858
Hymns of the Church Militant #316

Hymns, Selected from Various Authors, for the Use of Young Persons 3rd Am. from 9th London ed. #d255

Hymns, Selected from Various Authors, for the Use of Young Persons #d236

The Clifton Chapel Collection of "Psalms, Hymns, and Spiritual Songs" #698

The Halifax Selection of Hymns #d457