When I survey life's varied scene 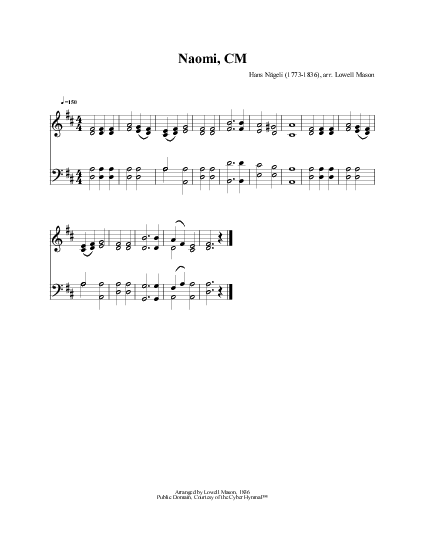 When I survey life's varied scene

I. When I survey life’s varied scene,
Amid the darkest hours,
Sweet rays of comfort shine between,
And thorns are mix'd with flowers.


II. Lord, teach me to adore thy hand,
From whence my comforts flow;
And let me in this desert land
A glimpse of Canaan know.


III. Is health and ease my happy share?
O may I bless my God;
Thy kindness let my songs declare,
And spread thy praise abroad.


IV. While such delightful gifts as these,
Are kindly dealt to me,
Be all my hours of health and ease
Devoted, Lord, to thee.


V. In griefs and pains thy sacred word,
(Dear solace of my soul!)
Celestial comforts can afford,
And all their pow'r control.


VI. When present suff'rings pain my heart,
Or future terrors rise,
And light and hope almost depart
From these dejected eyes,


VII. Thy pow'rful word supports my hope,
Sweet cordial of the mind!
And bears my fainting spirit up,
And bids me wait resign'd.


VIII. And O, whate’er of earthly bliss
Thy sov'reign hand denies,
Accepted at thy throne of grace,
Let this petition rise:


IX. “Give me a calm, a thankful heart,
From ev'ry murmur free;
The blessings of thy grace impart,
And let me live to thee.”


X. “Let the sweet hope that thou art mine,
My path of life attend;
Thy presence through my journey shine,
And bless its happy end.”

When I survey life's varied scene. Anne Steele. [Resignation.] First published in her Poems on Subjects chiefly Devotional, 1760, vol. i., p. 134, in 10 stanzas of 4 lines, and entitled "Desiring Resignation and Thankfulness," It was repeated in the new edition of her Poems, &c, 1780; and again in Sedgwick's reprint of her Hymns, 1863. As a whole it is not in common use. From it, however, the following centos are found in modern hymn-books:—
1. When I survey life's varied scene, in the Irish Church Hymnal, 1873, is composed of stanzas i., ii., viii. and ix., slightly altered.
2. Father, whate'er of earthly bliss. This was given in Toplady's Psalms & Hymns, 1776, No. 214, and thus came into use in the Church of England. From Toplady it passed into Rippon's Baptist Selection, 1787, and thence into modern Nonconformist collections. Its use is extensive. It is composed of stanzas viii., ix., slightly altered. A Latin rendering, "Quidquid optatum famulo precanti," by the Rev. R. Bingham, was published in his Hymnologia Christiana Latina, 1871.
3. Lord, teach me to adore Thy hand. No. 178, in the Scottish Presbyterian Hymnal, 1876, is composed of stanzas ii., viii., ix. and x. unaltered.
4. My God, whate'er of earthly bliss. In T. Darling's Hymns for the Church of England, 1887. It is composed of stanzas iii.-x., and a doxology not in the original.
Taking these centos together this hymn has a wider circulation than any other of Miss Steele's compositions.

NAOMI was a melody that Lowell Mason (PHH 96) brought to the United States from Europe and arranged as a hymn tune; the arrangement was first published in the periodical Occasional Psalm and Hymn Tunes (1836). Some scholars have attributed the original melody to Johann G. Nageli (PHH 315), but there…

All tunes published with 'When I survey life's varied scene'^ top 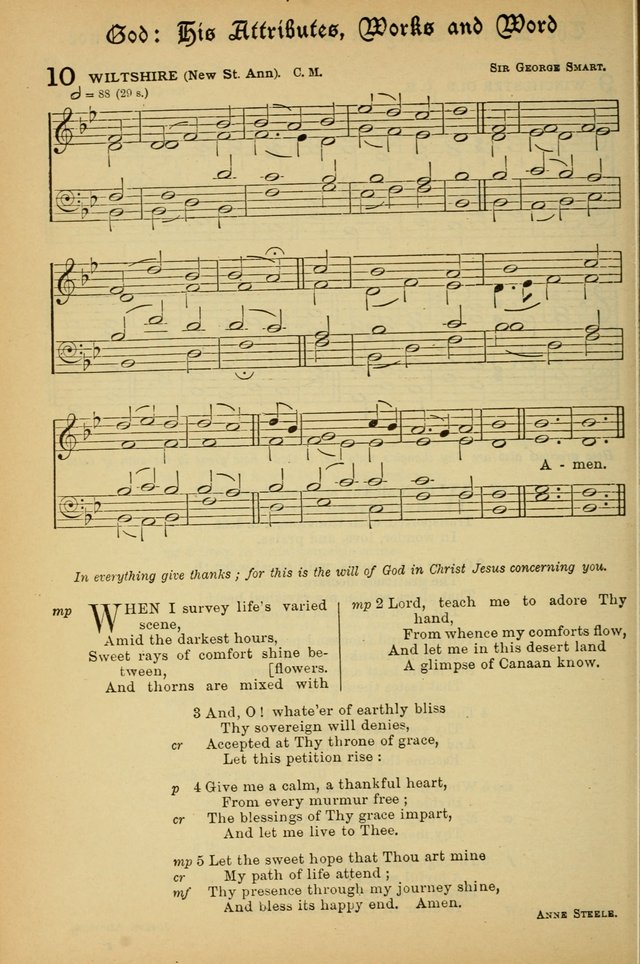 View Page
The Presbyterian Book of Praise: approved and commended by the General Assembly of the Presbyterian Church in Canada; With tunes; Part I. Selections from the Psalter. Part II. The Hymnal, rev, and en. (1915), p.128
^ top