God's Presence With His People 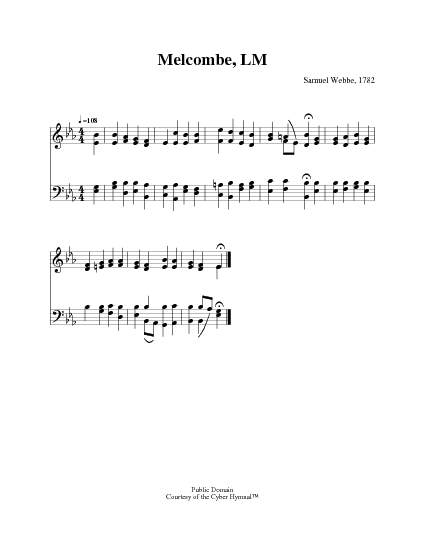 When Israel, of the Lord beloved

1 When Israel, of the Lord beloved,
Out from the land of bondage came,
Her fathers' God before her moved,
An awful guide, in smoke and flame.


3 Thus present still, though now unseen,
When brightly shines the prosperous day,
Be thoughts of Thee a cloudy screen
To temper the deceitful ray.


4 And O, when gathers on our path,
In shade and storm, the frequent night,
Be Thou, long-suffering, slow to wrath,
A burning and a shining light! 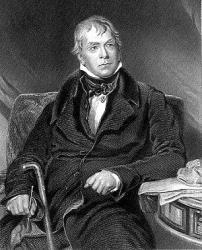 Walter Scott was born in Edinburgh, August 15, 1771. In 1786, he commenced his apprenticeship as writer to the Signet. In 1796, he first appeared before the public in a translation of Burger's "William and Helen." Many poetical works followed, until in 1814, he began the series of "Waverly Novels." He died at Abbotsford, September 21, 1832. It is related that on his death-bed he distinctly repeated portions of the Latin original, upon which "That day of wrath, that dreadful day" is based. --Annotations of the Hymnal, Charles Hutchins, M.A., 1872… Go to person page >
^ top

When Israel, of the Lord beloved. Sir W. Scott. [Omnipresence.] This hymn appeared in Scott's Ivanhoe, 1817, Chapter 40. It is thus introduced:—

"It was in the twilight of the day when her trial, if it could be called such, had taken place, that a low knock was heard at Rebecca's prison-chamber. It disturbed not the inmate, who was then engaged in the evening prayer recommended by her religion, and which concluded with a hymn we have ventured thus to translate into English,

"When Israel, of the Lord beloved,
Out of the land of bondage came," &c.

The hymn extended to 4 stanzas of 8 lines. The imaginary trial referred to was that of Rebecca the Jewess by a court of the Order of the Templars for sorcery, the charge being that she had bewitched one Brian de Bois-Guilbert, one of the Knights, into breaking several of the rules of the Order. When stripped of these romantic surroundings, it yet remains a striking hymn. It is based on Psalms cv. It is found in several modern collections; and has been rendered into Latin by H. M. Macgill in his Songs of the Christian Creed and Life, 1876, as "Exeunte Israele Servitute de crudeli." In the American Unitarian Hymns of the Spirit, pt. iii., is given as, "O present still, though still unseen."

All tunes published with 'God's Presence With His People'^ top 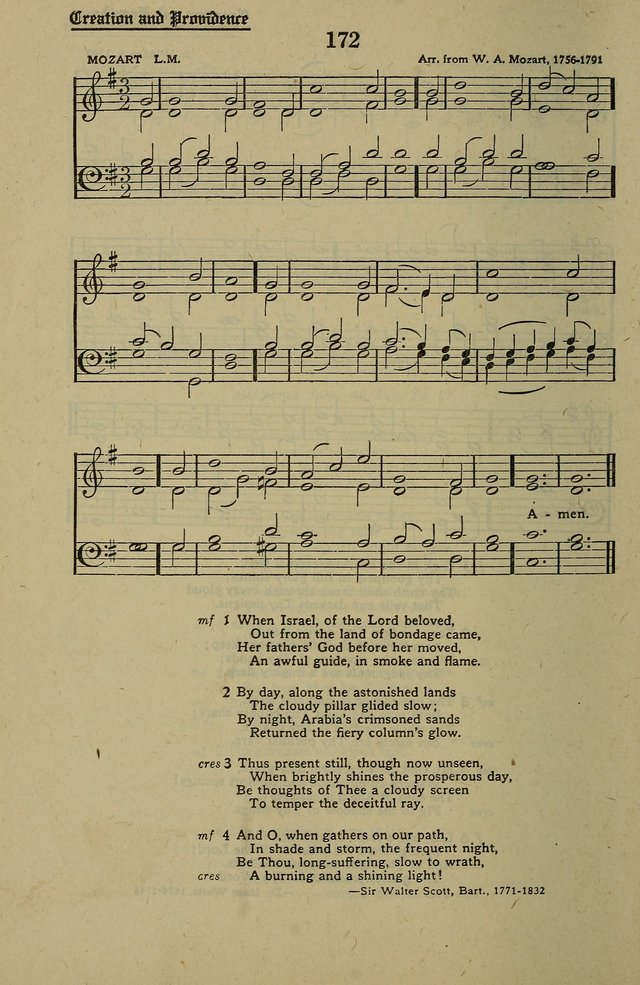