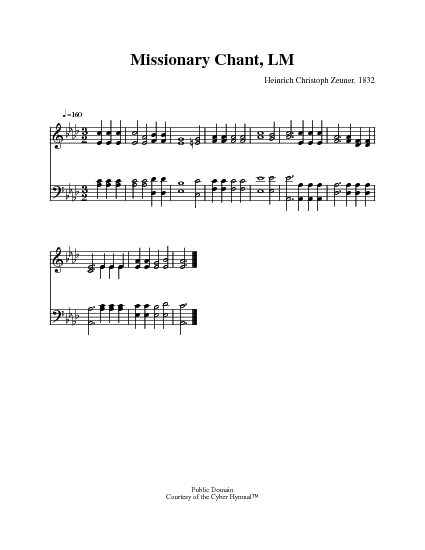 1 Ye Christian heralds, go proclaim
Salvation through Emmanuel's name;
To distant climes the tidings bear,
And plant the Rose of Sharon there.


2 God shield you with a wall of fire,
With flaming zeal your hearts inspire,
Bid raging winds their fury cease,
And hush the tempests into peace.


3 And when our labors all are o'er,
Then we shall meet to part no more;
Meet with the blood-bought throng to fall,
And crown our Jesus Lord of all.

Source: Worship and Service Hymnal: For Church, School, and Home #434

Ye Christian heroes [heralds], go, proclaim. Draper, B. H. [Farewell to Missionaries.] This is one of two hymns compiled from a poem which first appeared in a newspaper as "Ruler of worlds, display Thy power;" then in Hymns Original & Select., &c, Portland, Maine, 1805, divided as two hymns; and again, as a complete poem, in the Baptist Magazine, vol. viii. 1816, p. 88, where it is given in 28 lines, and begins: "Sovereign of worlds, display Thy power." The hymns compiled therefrom are:—
1. Sovereign of worlds, display Thy power. This cento in 4 stanzas of 4 lines was given in Pratt's Psalms & Hymns, 1829, No. 467, as a "Prayer for the Conversion of the World," and is composed of 11. 1-12, 17-20, slightly altered.
2. Ye Christian heroes! go, proclaim. This hymn is composed of 11. 17-28 slightly altered. It is found in several collections, including the Plymouth Collection1855; the Baptist Praise Book, 1871, and others. In the Sabbath Hymn Book, 1858; the Songs for the Sanctuary, 1865; Hymns and Songs of Praise, 1874, &c, it begins “Ye Christian heralds, go, proclaim."
The modern use of these hymns is mainly confined to America. 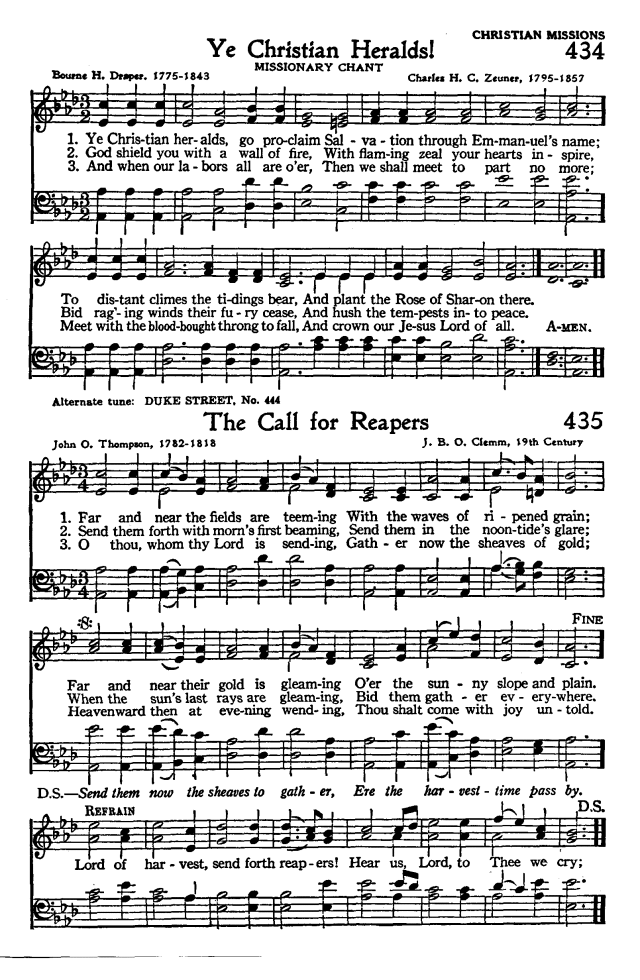