[A better day is coming] (Lowry)

[A better day is coming] (Lowry)

A Better Day is Coming

A better day is coming, the morning draweth nigh,
When girded right with holy might shall overthrow the wrong.
When Christ our Lord shall listen To every plaintive sigh,
And stretch His hand o'er every land in justice by and by.

The boast of haughty error no more shall fill the land,
While men enraged, their power engaged, to kill their fellow man,
But God the Lord shall triumph, and Satan's host shall fly,
For wrong must cease and righteousness shall conquer by and by.
[Chorus]

No more will angry nations in deadly conflict meet,
While children cry and parents die in conquest or defeat,
For Jesus Christ the Captain, Will give the battle cry,
The Holy Ghost will lead the host to victory by and by.[Chorus]

No more shall lords and rulers their helpless victims press,
And bar the door against the poor and leave them in distress,
But God, the King of Glory, Who hears the ravens cry,
Will give command that every man have plenty by and by.
[Chorus]

All texts published with [A better day is coming] (Lowry)^ top

Text: Coming By and By
^ top 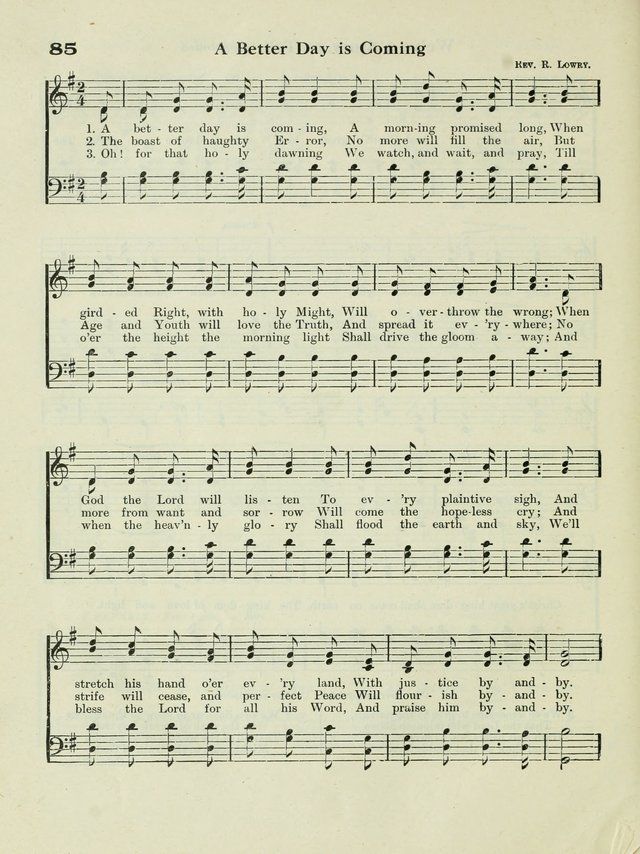