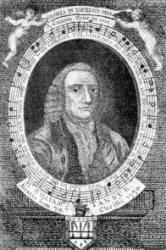 Alone Thou Goest Forth, O Lord

Traditionally used for Montgomery's text and for Peter Abelard's "Alone Thou Goest Forth, O Lord," BANGOR comes from William Tans'ur's A Compleat Melody: or the Harmony of Syon (the preface of which is dated 1734). In that collection the tune was a three-part setting for Psalm 12 (and for Psalm 11 in a 1738 reprint). Possibly alluding to an earlier origin, the tune title recalls the Welsh borough and city Bangor. The tune was popular in Scotland: Robert Burns refers to it in his poem 'The Ordination": "an' skirl up the Bangor."

BANGOR is a solemn but expressive tune, though not mournful. It is sturdy and supportive of the classic anamnesis interpretation of Montgomery's text. Sing in harmony on stanzas 1 through 4, and sing in unison on stanza 5–or try singing the first three phrases in harmony and the fourth in unison to highlight the important concluding phrase in each stanza.

Tans'ur (originally Tanzer; b. Dunchurch, Warwickshire, England, 1706; d. St. Neots, Huntingdonshire, England, 1783) was an itinerant music teacher and song leader who served as occasional organist in churches in Barnes, Ewell, Cambridge, Stamford, and Boston (England). Later he lived in St. Neots, where he was a bookseller and music teacher. He published numerous pedagogical works on music as well as psalm books, including A Compleat Melody: or Harmony of Syon (1734), The Psalm Singer's Jewel (1760), and Melodia Sacra (1771); many of his books were reprinted numerous times. It is not always clear which tunes in these collections Tans'ur composed himself or which he adapted from other sources. A selection from his tunebooks was published in the United States as The American Harmony (1771), a book that influenced William Billings in his composing of psalm tunes.

Text: Alas! By Nature How Depraved

Text: The Foes of Zion Quake for Fright

Text: Hark! from the Tombs a Doleful Sound

Text: How David, When by Sin Deceived

Text: Terrible Thought! Shall I Alone

Text: Why Doth the Lord Stand Off So Far?

Text: Father And Canst Thou Me Receive?

Text: The Spring, Great God, At Thy Command

Text: According to Thy Gracious Word 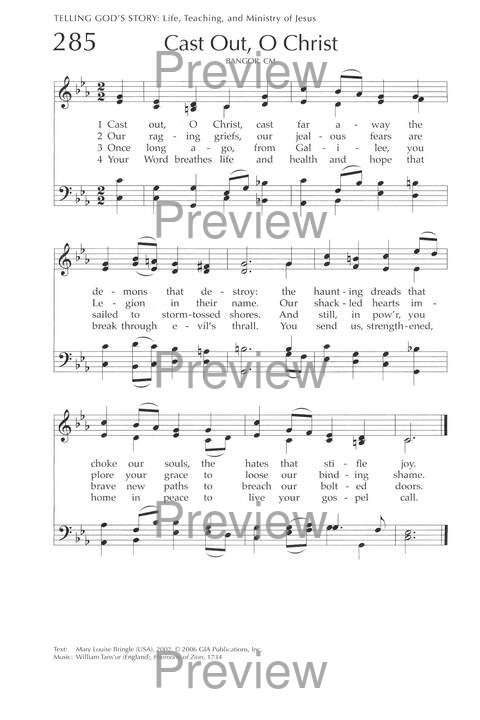 Ancient and Modern #420a

Tune Title: BANGOR First Line: God, you have given us power to sound Composer: William Tans'ur Date: 1983
Hymns and Psalms #345

The Book of Praise #6

Welsh and English Hymns and Anthems #85a

Welsh and English Hymns and Anthems #85b