GENEVAN 12 first appeared in the 1551 Genevan Psalter and has thus been attributed to Louis Bourgeois (PHH 3), music editor for the 1551 edition. It is also known as DONNE SECOURS, the first two words of the French text for Psalm 12. The tune is included in many English-language hymnals because of its frequent association with the well-known 1954 text "Hope of the World" (524). Composed in the Dorian mode, this Genevan tune has four phrases and two main rhythmic patterns: one for lines 1 and 3 and another for lines 2 and 4. Howard Slenk (PHH 3) harmonized GENEVAN 12 in 1985 for the Psalter Hymnal.

Text: Our Nation, God, Its Heart to Thee Upraiseth

Text: O Son of God, Our Captain of Salvation

Text: Help, LORD, for Those Who Love Your Truth
^ top 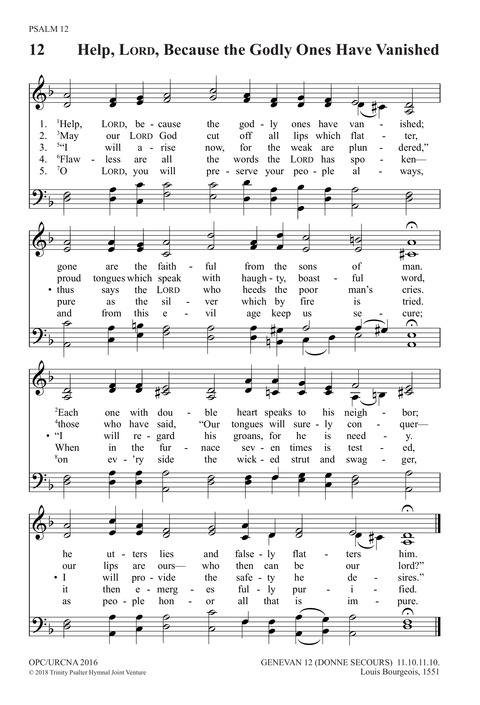