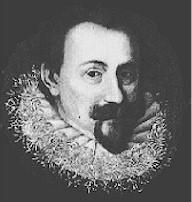 Schein, Johann Hermann, son of Hieronymus Schein, pastor at Griinhain, near Annaberg, in Saxony, was born at Grünhain, Jan. 20,1586. He matriculated at the University of Leipzig in 1607, and studied there for four years. Thereafter he acted for some time as a private tutor, including two years with a family at Weissenfels. On May 21, 1615, he was appointed Capellmeister, at the court of Duke Johann Ernst, of Sachse-Weimar; and in 1616 he became cantor of I3t. Thomas's Church, and music director at Leipzig, in succession to Seth Calvisius (d. Nov. 24, 1615). This post he held till his death, at Leipzig, Nov. 19, 1630. Schein was one of the most distinguished musicians of his time, both as an original composer, and as a harmoniser of the… Go to person page >
^ top

MACHS MIT MIR was first published in the collection of music Das ander Theil des andern newen Operis Geistlicher Deutscher Lieder (1605) by Bartholomäus Gesius (b. Münchenberg, near Frankfurt, Germany, c. 1555; d. Frankfurt, 1613). A prolific composer, Gesius wrote almost exclusively for the church. Gesius studied theology at the University of Frankfurt and pursued his musical studies privately. He was a cantor in Münchenberg, a private tutor for a poet's family in Muskau, and a cantor at the Marienkirche in Frankfurt from 1593 until his death. He composed numerous settings for pre-Reformation Latin songs and for Reformation hymns (with Luther's hymns well represented) and published them in ten volumes, including his Psalmodia Choralis and Geistliche deutsche Lieder (1601). He also wrote a St. John Passion (1588), a St. Matthew Passion (1613), important settings of the Magnificat (1607), and a theoretical work, Synopsis musicae practicae (1609).

Johann H. Schein later adapted Gesius's tune for his own hymn text "Machs mit mir, Gott" (1628)–from which the tune got its name–and published it in the second edition of his famous Cantional (1645). [Hymnary ed. note: Schein died in 1630, so someone else published the second edition] Johann S. Bach (PsH 7) used the tune in his St. John Passion (1724) and in his Cantatas 139 and 156. An isorhythmic version of the tune was published in the 1959 Psalter Hymnal under the name EISENACH. Dale Grotenhuis (PsH 4) prepared the harmonization in 1985 for the 1987 Psalter Hymnal.

Like so many chorales, MACHS MIT MIR is in bar form (AAB); its rhythms alternate between duple and triple–in this case the use of the two main forms of musical rhythm is a nice way of suggesting that God's providence covers all! Unison singing may be best on the stanzas, with harmonizing optional on the refrain. Sing this tune with much energy to an animating tempo.

Text: Come Then, Thou Prophet of the Lord

Text: Salvation Is Forever Nigh

Text: To Realms of Glory

Text: Do We Not Know That Solemn Word?

Text: One Sits Upon The Throne

Text: God's Gift It Is to Eat and Drink 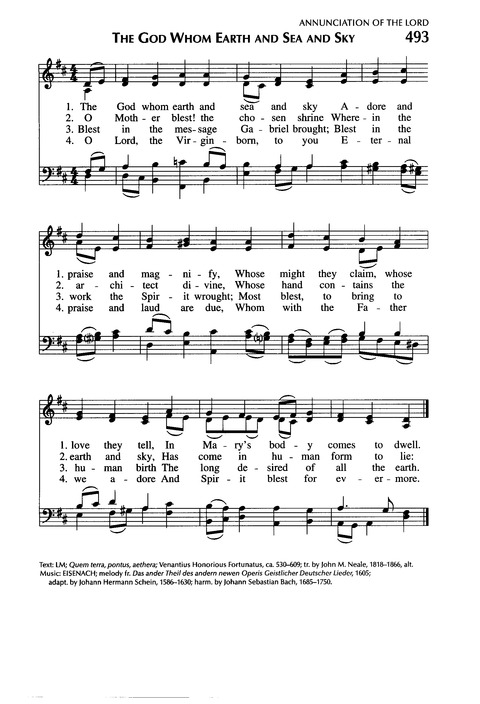 Ancient and Modern #689b

The New English Hymnal #292b