Lord, to You My Soul Is Lifted

All texts published with GENEVAN 25^ top

Louis Bourgeois's (PHH 3) GENEVAN 25 was first published in the 1551 edition of the Genevan Psalter. Howard Slenk (PHH 3) harmonized the tune in 1985 for the Psalter Hymnal. One of the most beautifully constructed Genevan tunes, 25 is noted especially for its rhythmic interest and form (AABC). Like many melodies of its time, the rhythmic units move easily between groupings of two and three quarter-notes. For example, the first phrase is grouped 3+2+3+2+2; the first note of each group carries the stressed syllable of the text. Though set to a reflective text, the music should not be sung too slowly; feel the half note as the basic pulse.

Text: LORD, to You My Soul Is Lifted
^ top 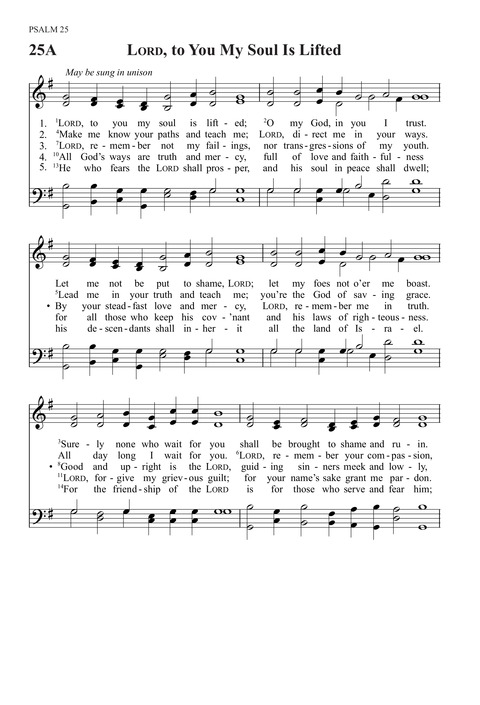 Psalms for All Seasons #25D