When Love Is Found

The Gift of Love

O WALY WALY is a traditional English melody associated with the song "O Waly, Waly, gin love be bony," the words of which date back at least to Ramsay's Tea Table Miscellany (1724-1732), and as the setting for a folk ballad about Jamie Douglas. It is also well known in the Appalachian region of the United States.

Hal H. Hopson (b. White Mound, TX, 1933) adapted and arranged O WALY WALY as an anthem in 1971 for his setting of 1 Corinthians 13, "Gift of Love"; his version became known as GIFT OF LOVE. That copyrighted version of the tune can be sung in canon after one measure, especially on the "refrain" stanzas (2 and 4) and ideally by the choir or by a small part of the congregation, somewhat in the manner of a descant. Keep the phrases moving to help create four lines instead of eight choppy phrases. In fact, the tune has a difficult time when not sung in canon; more recent hymnals have begun publishing this tune in triple meter, contrary to the publisher's request, in order to avoid the long-held notes. (The Companion to the United Methodist Hymnal noted that their committee's request for permission to use triple meter was denied, but that "in an assertion of free will over predestination, The Presbyterian Hymnal, 1990, included the text with a triple-meter form of the tune," p. 636.)

Hopson was educated at Baylor University, Waco, Texas, and Southern Baptist Seminary, Louisville, Kentucky. He served various churches in the Nashville area as organist and choir director. He has also taught at Westminster Choir College, Princeton, New Jersey, and Scarritt Graduate School, Nashville, Tennessee. Over eight hundred of Hopson's hymn tunes and keyboard and choral compositions have been published. He takes an active role in many conferences and music clinics and was a major contributor to the Presbyterian Psalter (1994).

Text: The Gift of Love

Text: As Moses Raised the Serpent Up

Text: When I survey the wondrous cross

Text: An Upper Room Did Our Lord Prepare

Text: The Gift of Love

Text: When Love Is Found

With Heart and Voice: songs for all God's children #40

Text: As Moses Raised the Serpent Up
^ top 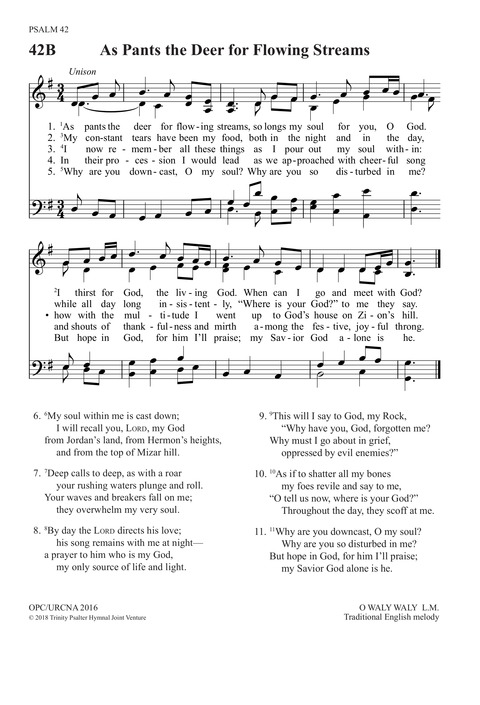 Ancient and Modern #297b

Tune Title: O WALY WALY First Line: Of all the Spirit's gifts to me Date: 2013
Community of Christ Sings #45

Community of Christ Sings #589a

Tune Title: O WALY WALY First Line: My Savior said that I should be Date: 2013
Community of Christ Sings #589a

Help us to Help Each Other #6

Tune Title: O WALY WALY First Line: The poor as Jesus' bosom friends Date: 2010
Help us to Help Each Other #6

Hymns for a Pilgrim People #292

Tune Title: GIFT OF LOVE First Line: Though I may speak with bravest fire Date: 1998
Hymns of Truth & Light #68

Include 3 pre-1979 instances
All instances^ top
Suggestions or corrections? Contact us