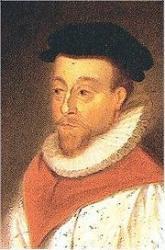 Orlando Gibbons (baptised 25 December 1583 – 5 June 1625) was an English composer, virginalist and organist of the late Tudor and early Jacobean periods. He was a leading composer in the England of his day. Gibbons was born in Cambridge and christened at Oxford the same year – thus appearing in Oxford church records. Between 1596 and 1598 he sang in the Choir of King's College, Cambridge, where his brother Edward Gibbons (1568–1650), eldest of the four sons of William Gibbons, was master of the choristers. The second brother Ellis Gibbons (1573–1603) was also a promising composer, but died young. Orlando entered the university in 1598 and achieved the degree of Bachelor of Music in 1606. James I appointed him a Gentleman of th… Go to person page >
^ top

O God, Be Gracious to Me in Your Love

From virgin's womb this Christmas day did spring

All texts published with SONG 24^ top

Orlando Gibbons (b. Oxford, England, 1583; d. Canterbury, England, 1625) composed SONG 24 as a setting for a paraphrase of Lamentations 1. The tune was number 24 (hence, the tune name) in his collection of hymn tunes composed for and published in George Wither's The Hymnes and Songs of the Church (1623).

Gibbons began his musical career at age twelve as a chorister at King's College, Cambridge. He studied music at Cambridge and became the organist at the Chapel Royal in 1605, remaining in that position until his sudden death. He was recognized as one of the outstanding composers and organists of his day. In addition to composing hymn tunes, Gibbons published a collection of his music, Madrigals and Motets (1612), and is noted for his anthems and other liturgical music for the Anglican Church.

Mainly in the Dorian mode, SONG 24 is a beautiful tune most fitting for the penitential Psalm 51. As in most modern hymnals containing this tune, the original third and fourth phrases are omitted. The soprano and bass parts are by Gibbons; the inner voices are from The English Hymnal (1906). Sing this tune in unison or harmony; where resources permit, sing a stanza or two unaccompanied (perhaps using the E minor setting at 308).

Text: And Truly It Is a Most Glorious Thing

Text: The Day Is Come

Text: From Virgin's Womb This Christmas Day Did Spring

Text: O God, Be Gracious to Me in Your Love

Text: Come, Risen Lord, as Guest among Your Own
^ top 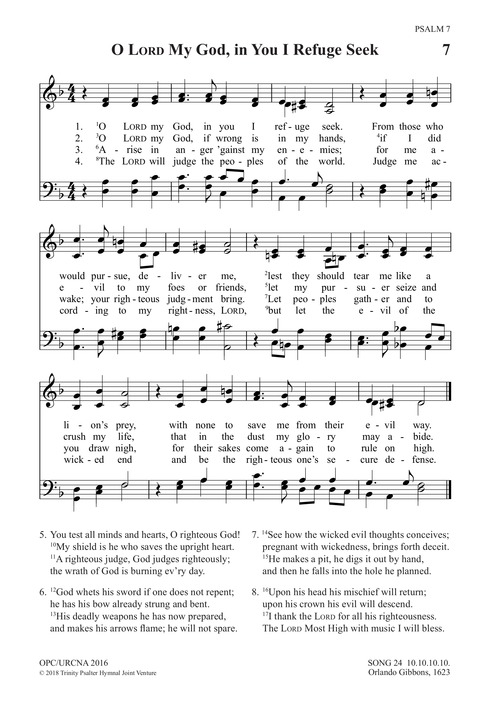 Hymns of Glory, Songs of Praise #40