Born: October 26, 1855, Plymouth, England. Died: June 4, 1929, Brookline, Massachusetts. Jeffery (sometimes misspelled as Jeffrey) began playing the organ at St. Anne’s Cathedral in Plymouth at age 14, taking over his father’s position. He emigrated to America in 1876 and settled in Albany, New York. He developed a chorus and directed the music at St. Agnes School, and played the organ at the Protestant Episcopal Cathedral. He left for Yonkers, New York, in 1893, and served at the First Presbyterian Church. Later, he taught music at the New England Conservatory. --www.hymntime.com/tch  Go to person page >
^ top

O God of God! O Light of Light!
Thou Prince of Peace, Thou King of kings,
To Thee, where angels know no night,
The song of praise forever rings:
To Him Who sits upon the throne,
The Lamb once slain for sinful men,
Be honor, might; all by Him won;
Glory and praise! Amen, Amen. 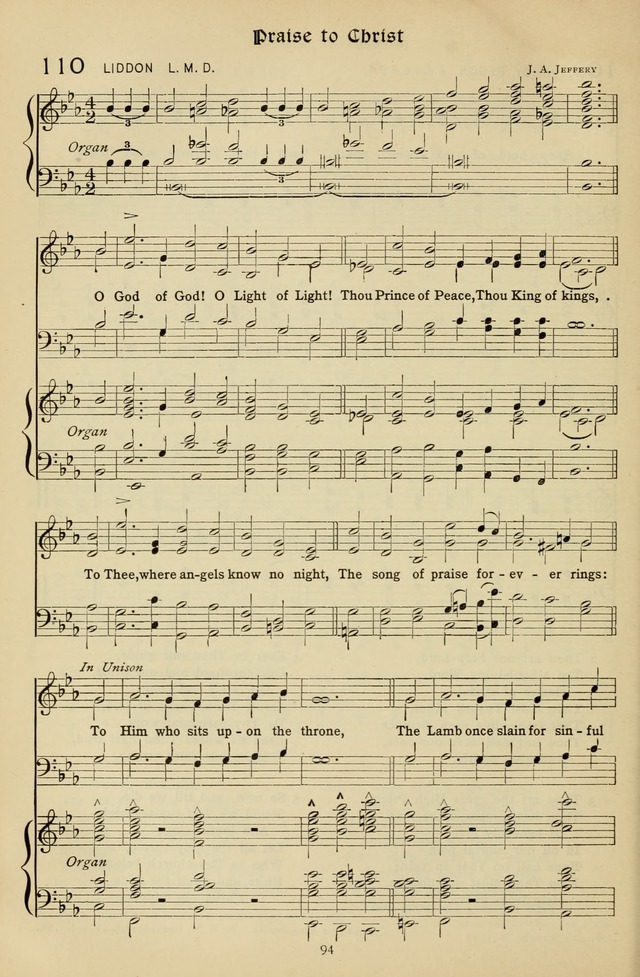