My God, How Wonderful Thou Art

Thomas Turton (b. Hatfield, Yorkshire, England, 1780; d. Westminster, Middlesex, England, 1864) composed ST. ETHELDREDA in 1860; it was published in James Turle's Psalms and Hymns for Public Worship (1863). Educated at Catharine Hall, Cambridge, England, Turton became a professor of mathematics at Cambridge in 1822 and five years later a professor of divinity at the same school. In 1830 he left Cambridge to become Dean of Peter borough. He also served as Dean of Westminster (1842-1845) and as Bishop of Ely from 1845 until his death. Turton wrote many polemical tracts and composed some church music.

This simple but charming tune is in the style of the older English psalm tunes. Sing much of the hymn in harmony, possibly with some antiphonal stanzas, but sing stanza 7 in unison. The singing and its accompaniment should contribute to the sense of awe inherent in the text.

Text: Bright Was the Guiding Star That Led

Text: Within the Churchyard, Side by Side

Text: My God, How Wonderful You Are
^ top 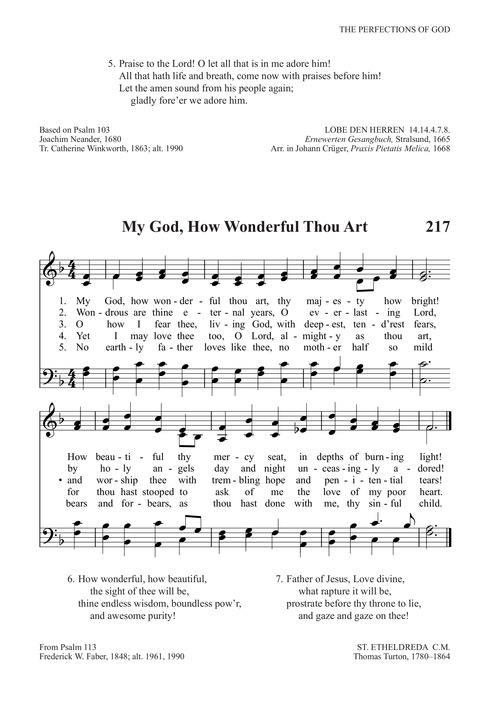 Hymns to the Living God #40

The Irish Presbyterian Hymbook #521a