George J. Elvey (PHH 48) composed ST. GEORGE'S WINDSOR as a setting for James Montgomery's text "Hark! The Song of Jubilee," with which it was published in Edward H. Thorne's Selection of Psalm and Hymn Tunes (1858). The tune has been associated with Alford's text since publication of the hymn in the 1861 edition of Hymns Ancient and Modern. ST. GEORGE'S WINDSOR is named after the chapel in Windsor, England, where Elvey was organist for forty-seven years.

This serviceable Victorian tune is held together by the rhythmic motive of the opening phrase. Sing the opening stanzas in parts, but sing the prayer of stanza 4 in unison. Use of the descant by C. S. Lang (PHH 253) with stanza 4 may suggest a foretaste of heaven's glory.

Text: Change Your Church, O God, to Be

Text: Great and Fair Is She

Text: Hark! the Song of Jubilee

Text: Warned Of That Vindictive Day

Text: Songs of Thankfulness and Praise

Text: Saved By Blood, I Live To Tell

Text: Lord, Beneath Whose Equal Hand

Text: Songs of Thankfulness and Praise 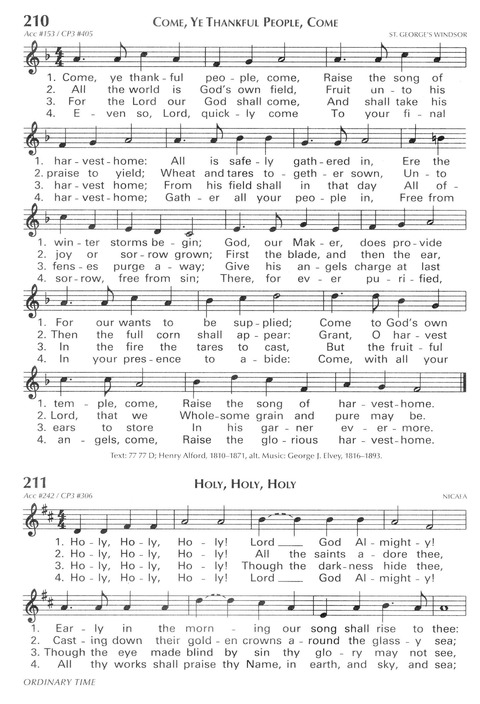 A New Hymnal for Colleges and Schools #70

Hymns for a Pilgrim People #285

Hymns for a Pilgrim People #286

Psalms for All Seasons #65E

Include 206 pre-1979 instances
All instances^ top
Suggestions or corrections? Contact us