Henri F. Hemy, born in the United Kingdom. Hemy spent time at sea as a young man, emigrating to Australia in 1850 with his family. Unable to make a decent living in Melbourne, he returned to Newcastle England. He was organist at St. Andrews Roman Catholic Church in Newcastle, later teaching professor of music at Tynemouth and at St. Cuthbert's College in Durham. He was pianist to Lord Ravensworth, Music Director of Ushaw College, and his orchestra played at fashionable venues in the region. He sang baritone as well. He composed waltzes, polkas, quadrilles, and galops. 3 music works: Easy Hymn Tunes for Catholic Schools; Royal Modern Tutor for Pianoforte; Crown of Jesus. He was active in local politics and published a manifesto in the… Go to person page >
^ top

Sweet Savior, bless us ere we go: Thy word into our minds instill

First published in Henri Frederick Hemy's Easy Hymn Tunes for Catholic Schools (1851), STELLA was a folk tune from northern England that Hemy heard sung by children in Stella, a village near Newcastle-upon-Tyme. In modified bar form (AA'B), the tune has an interesting rhythmic structure. Antiphonal performance and part singing help in singing the entire psalm.

Gerald Hocken Knight (b. Par, Cornwall, England, 1908; d. London, England, 1979) composed the harmonization in 1950 for Hymns Ancient and Modern Revised (1950). Knight studied at Peterhouse, Cambridge, England, and at the Royal College of Music in London. He was organist at Truro Cathedral and Canterbury Cathedral (1937-1952) as well as director of the Royal College of Music (1952-1972). A music editor of the 1950 edition of Hymns Ancient and Modern, he also served on the committees that compiled its two supplements, 100 Hymns for Today (1969) and More Hymns for Today (1980).

Text: Lord, You Have Been Our Dwelling Place
^ top 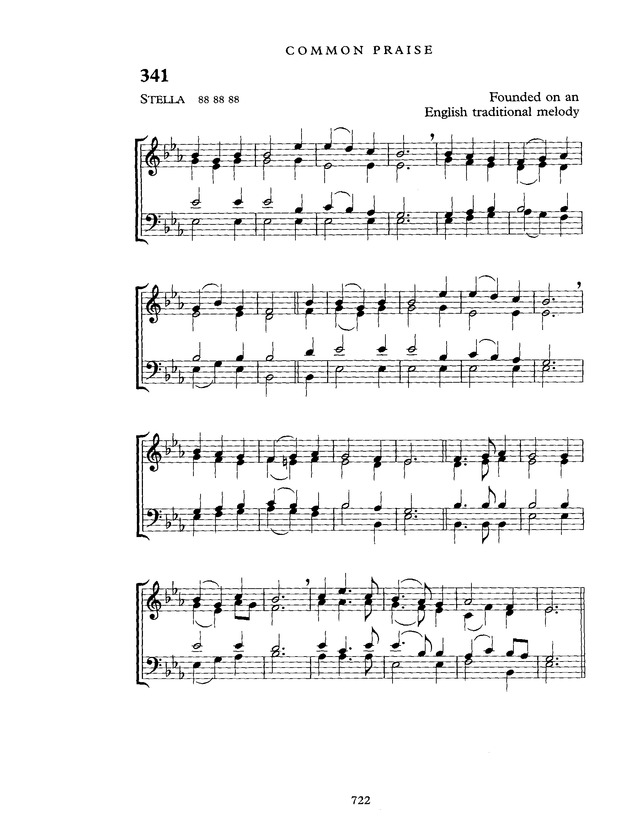 Great Songs of the Church (Revised) #13