The tune is supposedly from a Mass composed in 1822, though that work is not extant. Tchaikovsky included ST. PETERSBURG as the setting for a Russian hymn in his 1884 edition of Bortnianski's compositions for church use. The tune is named after the city where Bortnianski studied, worked, and died. Shaped in to a strict bar form (AAB), this tune has a third line that brings a fine climax and resolution to the entire melody.

Bortnianski began his musical study as a chorister in the imperial chapel choir at the age of eight. With financial aid from Catherine the Great, he went to Venice in 1768 to study music; he also studied in Rome and Naples. After returning to Russia, he assumed the directorship of the imperial chapel choir in St. Petersburg. His choral music was published by Tchaikovsky (c. 1884) and continues to be used both in the Russian Orthodox Church and in western churches.

Text: Come, Let Us Sing the Song of Songs

Text: From the Cross

Text: How Good It Is to Thank the Lord

Text: Inspirer of the Ancient Seers

Text: O Come Before the Lord

Text: O Lord, Who in Thy Love Divine

Text: On This My Patient Soul I Stay

Text: Weary of Wandering from My God

Text: Where Shall My Wondering Soul Begin?

Text: Whether the Word Be Preached or Read

Text: The Shining Of The Earliest Star

Text: Another Year Of Life Is Gone?

Text: Judgment At The Door

Text: As Once The Savior Rose On High

Text: O Little One Who Art So Great

Text: When Christ His Body Up Had Born 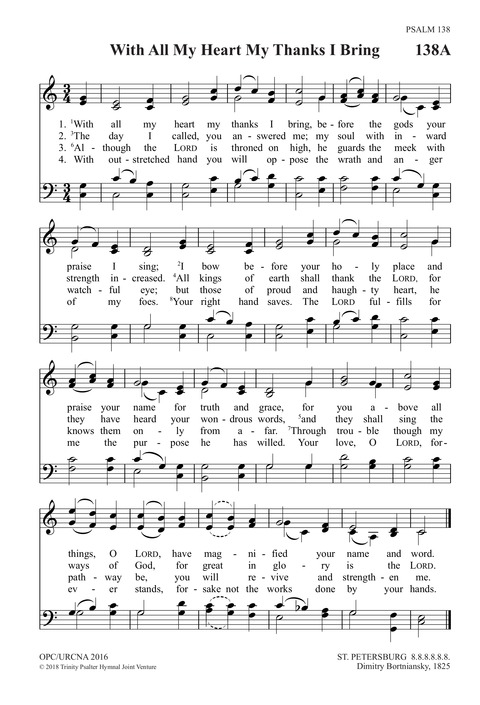 Sacred Selections for the Church #292

The New English Hymnal #154b

Include 188 pre-1979 instances
All instances^ top
Suggestions or corrections? Contact us