Robert Anderson Becket, Born December 30, 1834 in Kilwinning, North Ayrshire, Scotland. Died May 6, 1910, Montreal Region, Quebec, Canada. Becker's family moved to Canada in 1841. He worked as a bookkeeper for his uncle in Montreal until he was married. He then moved with his wife to Belleville, Ontario where he started a music and stationary store. He returned to Montreal in 1866 and became manager for the D. Morris Ice Company, eventually becoming the owner. He also loved music and was also involved in choirs and quartets and did much to help young musicians. Dianne Shapiro, from Find a Grave website (accessed 3/7/2020 and Montreal: From 1535 to 1914: Biographical Vol III (The S.J. Clarke Publishing Company, Montreal, 1914) Go to person page >
^ top

O Thou that on the billow 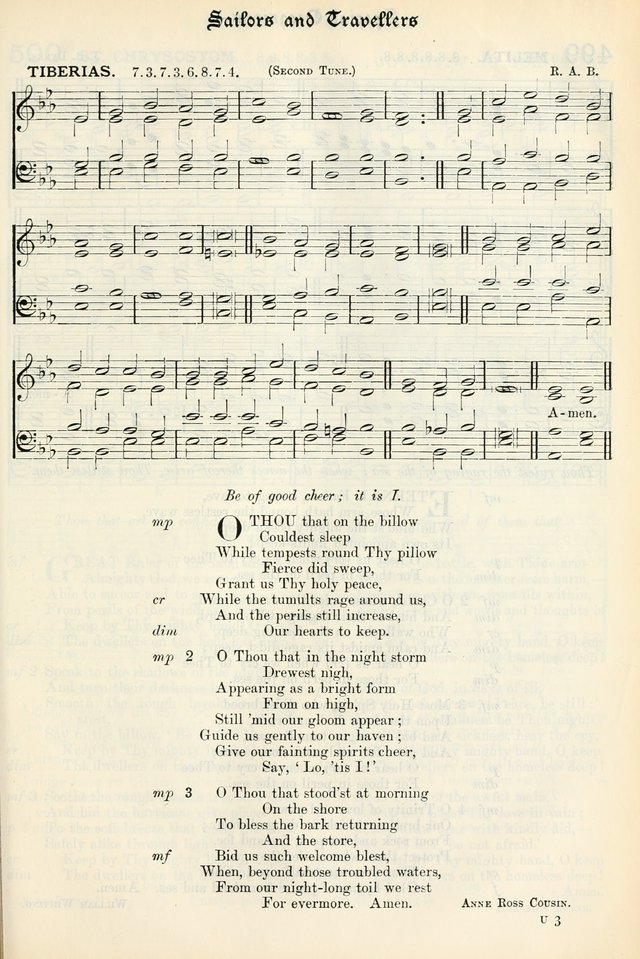 View Page
The Presbyterian Book of Praise: approved and commended by the General Assembly of the Presbyterian Church in Canada, with Tunes (1897), p.591
^ top

The Presbyterian Book of Praise #498b